The Arizona Diamondbacks will face the Cincinnati Reds in the final game of three game set on Sunday. The first two games were split by these NL West foes.

The Reds lost for the first time in 7 games, falling 8-3 on Saturday. Jeff Hoffman gave up 3 runs in 4.1 innings in the start. From the dish they had 12 hits and were 2-9 with runners in scoring position. Eugenio Suarez homered for his second of the season. To start the year, the Reds have a .312 team batting average, best in the majors to this point. Tucker Barnhart leads the team with a  .409 batting average.

Stating for the Reds will be righty Jose De Leon. In his first start he went 5 innings, allowing 2 earned runs on 3 hits. He has not faced anyone on the Diamondbacks roster to start his career.

Arizona was able to get back in the win column with their victory Saturday. They received a solid performance from starter Riley Smith, who went 6 innings, allowing just 2 runs. From the dish they had 10 hits, and were 2-8 with runners in scoring position. Asdrubal Cabrera and Eduardo Escobar both hit solo home runs in the game. To start the year, the Diamondbacks have a .214 team batting average, with 11 home runs.

Luke Weaver will start for the Diamondbacks on Sunday. In his first start, he went 5.2 innings, giving up 3 earned with 3 home runs allowed. Against these Reds in his career, he has allowed a .138 batting average in 32 at bats.

Arizona was able to take one from the hot Reds in the second game of this series. They have some momentum here and have promising righty Luke Weaver going on Sunday. The Reds might be cooling off after their hot start, and I like the value with the home dogs. Give me Arizona to win. 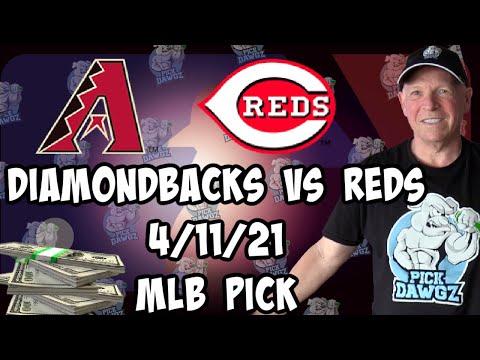