The Boston Red Sox face the Baltimore Orioles on Sunday, April 11th at Camden Yards for game three of a three-game series.

The Boston Red Sox took down the Baltimore O's by the final score of 6-4 in what was a fantastic game to watch. The Red Sox and Orioles traded two runs each in the first inning but both starting pitchers were able to buckle down and pitch well. The Red Sox hit a solo home run in the top of the sixth with two outs (Rafael Devers) to take a 3-2 lead. In the bottom of the eighth, however, the Orioles rallied to not only tie the game but then take the lead, 4-3. The Red Sox collected a few base hits and a fielder's choice to tie the game at 4-4 in the top of the ninth and force extra-innings. In extras, the Red Sox scored two runs in the 10th and Matt Andriese kept the O's off the board in the bottom half of the 10th to win the game for Boston. The Red Sox and Orioles are both 4-3 on the year and will meet yet again on Sunday.

The Boston Red Sox are projected to bring right-hander Nick Pivetta to the mound to face the Orioles. Pivetta tossed 5.0 strong innings against the Rays in his season debut, as he did not allow a single earned run. Pivetta allowed two base hits and four walks while striking out four batters as well. Pivetta will have to watch the walk in this one, as four in five innings is well below average.

The Baltimore Orioles are projected to send right-hander Jorge Lopez to the bump to take on the Red Sox on Sunday. Lopez was hit hard by the Yankees in his season debut, as he earned the loss in a 7-0 finish. Lopez allowed four earned runs on three hits, three walks, and one home run in 4.2 innings of work.

I think we see some runs in this game, and that total is a bit too low for me to pass on taking the over. Pivetta was strong on the surface but if he has control issues again, the O's will make him pay for it. I expect both teams to reach at least five runs in this game, so I like the over. 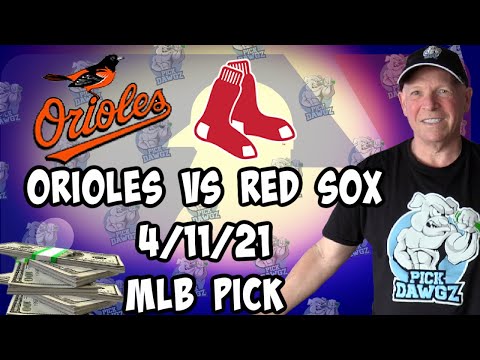