The Minnesota Twins and Seattle Mariners face off on Saturday in an American League MLB showdown at Target Field.

These two teams faced off on Thursday and it was the Twins that were able to come away with the 10-2 victory.

The Minnesota Twins are picking right off where they left off last regular season with their offense running up the score against everyone. The Mariners were on the wrong side of that on Thursday as the long ball was flying out again. Byron Buxton and Nelson Cruz have been the best two players so far this season for the Twins. Buxton has hit four home runs and driven in five runs while Cruz has hit six home runs and driven in seven RBI’s.

On the other side of this matchup is hte Mariners who have lost three of their last four games. This is a pitching staff has had some issues so far this season and could really cost them moving forward. Ty France and Mitch Haniger have been the best two players hitting a home run and driving in four RBI’s.

On the mound for the Mariners will be Yusei Kikuchi who went six innings in his first start of the season giving up six hits and three runs.

On the mound for the Twins will be Michael Pineda who went five innings in his first start against the Brewers giving up four hits and one run.

The Twins really should be closer to -220 or -240 in this game and that means there is a lot of value with them. I am still not willing to lay this price with them, but this is worth a look on the run line. Back the Twins -1.5. 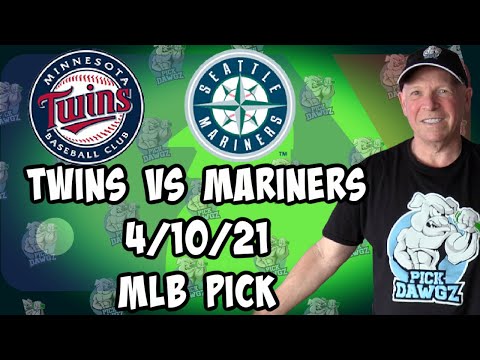