Where to Watch: BS Detroit Stream the MLB Game of the Day all season on ESPN+. Sign up now!

The Detroit Tigers and Cleveland Indians face off on Saturday in an AMerican League MLB showdown at Progressive yield.

These two teams faced off on Friday and it was the Indians that were able to come away with the 4-1 victory. Framil Reyes was the star of the show for the Indians having three hits and three RBI”s. The American League Central is expected to be competitive which makes every game in division even more important.

The Indians have been playing a little better as of late winning each of their last two games.During those two games they have given up only three runs total and they need the pitching to be good again in this game. Reyes has been the top player this season hitting two home runs and driving in five RBI’s.

On the other side of this matchup is the Tigers who have lost four of their last five games. As of late the Tigers offense has been struggling and they need the offense to be better in this game if they want to come away with a victory. Akil Baddon has been the best plate for the Tigers so far this year hitting two home runs and driving in seven RBI’s.

Tarik Skubal will get the start for the Tigers and he was pretty good in his first start of the season. He went 5.1 innings and he has four strikeouts and an ERA of 3.38.

I expect runs are going to be hard to come by and this game will be very low scoring. This game will go well under the total. Back the under. 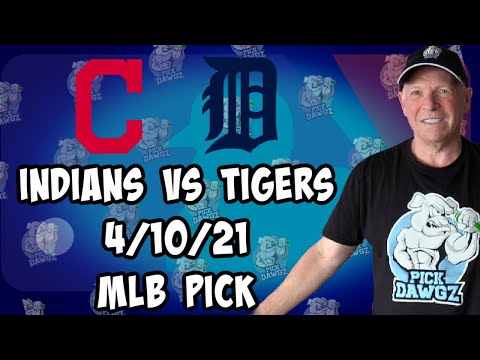