The Boston Red Sox face the Baltimore Orioles on Saturday, April 10th at Camden Yards for game two of a three-game series.

The Boston Red Sox defeated the Baltimore Orioles by the final score of 7-3 on April 8th for their first win over Baltimore this season. The Orioles swept the Red Sox at Fenway Park to start the season in three games, but now Boston will look to win this series on Saturday evening. The Red Sox trailed 3-2 after five innings in that game, but their offense woke up in a big way in the sixth and seventh innings. The Sox scored five runs in three innings to take their 7-3 lead and earn their first road victory of the year. The Red Sox are now 4-3 on the year, while the Orioles are also 4-3 and are tied with the Red Sox for first place in the AL East standings.

The Boston Red Sox are projected to bring right-hander Garett Richards to the mound to face the Orioles on Saturday. Richards was shelled in his first start of the season against the Orioles on April 4th. In that start, Richards only made it through 2.0 innings as he allowed six earned runs on seven hits and two walks. Richards earned the loss in that start and will look to bounce back against the same team he struggled with in his season debut.

The Baltimore Orioles are projected to bring left-hander Bruce Zimmerman to the mound to face the Red Sox. Zimmerman may not have been sharp in his season debut against these Red Sox, but he got the job done nonetheless as his team gave him lots of run support. Zimmerman allowed three earned runs in 6.0 innings in the victory.

I think we see lots of offense yet again on Saturday, as neither of these pitchers is strong and both of these lineups can do some serious damage. It may seem too obvious, but I like the over regardless. 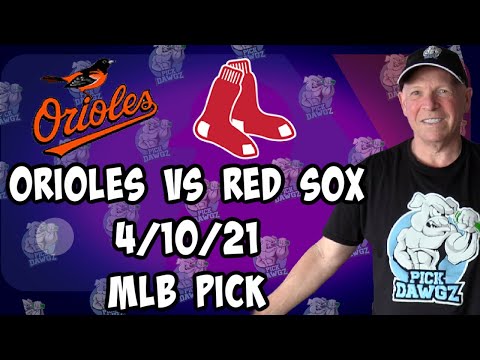