The San Diego Padres face the Texas Rangers on Friday, April 9th at Globe Life Field for game one of a three-game series.

The Padres have had a rough week, as not only did the team learn that Fernando Tatis Jr was going to miss some time due to a shoulder injury, but San Diego also dropped two of three to a division foe in the San Francisco Giants at home. Each game in that series was close and very low scoring, as San Diego could only muster seven runs in the three games. The Padres are now 4-3 and will be playing in their first road series of the season.

The Texas Rangers were able to stun the Blue Jays this week and take the final two games of a three-game series to earn their first series win of the year. The Rangers dropped the first game of the series 6-2 but was able to rebound well in earning 7-4 and 2-1 wins afterward. The Rangers are now 3-3 and are in third place in the AL West standings as of now.

The San Diego Padres are projected to send right-hander Joe Musgrove to the mound to face the Rangers. Musgrove earned the win in his season debut against the Diamondbacks, as he was electric. Musgrove did not allow an earned run in 6.0 innings while striking out eight batters and only allowing three hits. Musgrove did not concede a walk in the win either.

The Texas Rangers will bring right-hander Kohei Arihara to the bump to take on the Padres. Arihara did well in his first major league game until he got to the fifth inning. Arihara allowed three earned runs in that inning, making his final line 5.0 innings of three-run ball while allowing six hits, no walks, and only striking out one batter.

It concerns me that Arihara only struck out one batter in his MLB debut, as missing bats is important for a starter in today's game. If I had to bet this game, I would lean towards the under, as I expect Musgrove to perform well and I think Arihara can give the Rangers a quality start here. I think the trend of lower-scoring Padres games continues. 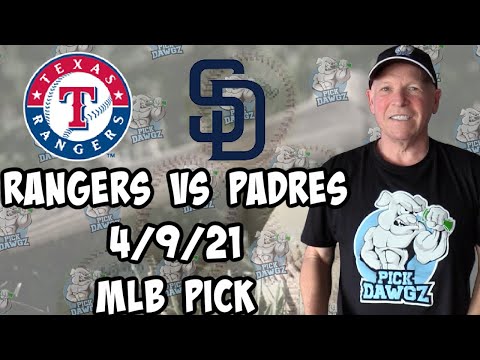