The Philadelphia Phillies face the Atlanta Braves on Friday, April 9th at Truist Park for game one of a three-game series.

The Phillies are coming off a home series win over their NL East rivals in the New York Mets earlier this week. The Phillies took two of three games in the series, winning the first and last game of the three-game set. The Phillies are now 5-1 to start the season, as they also swept these Atlanta Braves to start the season at Citizens Bank Park. The Phillies' bullpen has been fantastic this season, something that we did not see at all in 2020. The bats were alive and well against the Mets, scoring 17 runs in three games.

The Atlanta Braves were able to take the last two games of a three-game series against the Nationals to find their first two wins of the season and their first series win as well. The Braves, as mentioned before, lost their first three games of the year to the Phillies on the road and are now 2-4. The Braves will be playing in their home opener in this game and will look to get some revenge on their rivals at Truist this weekend.

The Philadelphia Phillies are projected to bring right-hander Zack Wheeler to the mound to face the Braves for the second time this season. Wheeler was phenomenal against the Braves in his season debut, earning the win after pitching 7.0 shutout innings while allowing only a single hit and striking out 10 batters. Wheeler also earned two RBI's with the bat as well, which aided his team's offensive efforts in a big way in the victory.

The Atlanta Braves are sending right-hander Charlie Morton to the bump for this game. Morton did well at the beginning of his start against Philadelphia, but things came crashing down in the 5th inning when he allowed three earned runs. Morton allowed six hits and two walks as well, while also striking out five batters.

I think the obvious play would be to take the under after these two teams with the exact pitching matchup played in a 4-0 game last week, but I am going to play the contrarian card and take the over. I think the Braves' offense has woken up and I think both teams can score five or more in this one. 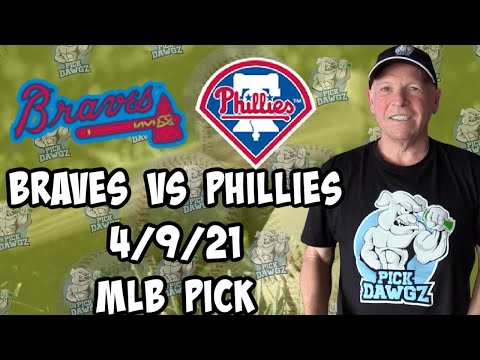