The Houston Astros will face the Oakland Athletics in an NL West matchup this Friday. The Astros have won the first 5 games of this series to start the season.

Houston took the first game of this series 6-2 due in large part to the pitching of Christian Javier. He went 5 scoreless innings in the start, allowing just 3 hits and striking out 7. Jose Altuve, Carlos Correa and Yordan Alvarez all hit solo shots. The Astros were 2-7 with runners in scoring position in the game. To start the year, the Astros have a .289 team batting average, third best in the bigs. Alex Bregman leads the team with a .360 batting average, with 2 home runs and 6 RBI.

Starting for the Astros will be Lance McCullers Jr. In his first start he faced the A’s and went 5 innings, allowing 1 run on 2 hits with 7 strikeouts. In his career against these A’s, he has allowed a .271 batting average with 2 HR in 99 at bats.

The A’s continued to struggle in the 6-2 loss Thursday.  Cole Irvin fell to 0-2 after allowing 4 runs in 5.1 innings, giving up 2 home runs. From the plate, Oakland managed just 6 hits and were 1-8 with runners in scoring position. To start the year the A’s have a .170 team batting average and 3 home runs, both second worst in the league.

Oakland will start lefty Sean Manaea against the Astros on Friday. In his first start he was roughed up by these Astros for 5 runs in 4.2 innings with 2 HR allowed. In his career he has been better, allowing a .223 batting average to this Astros lineup.

Houston has come out with something to prove this season. They are the hottest team in baseball from the dish. Not only are they hitting for average, but their 15 home runs lead the majors. Not only are they swinging the bat better, but McCullers and the bullpen give the Astros the edge on the mound. Until things change, I’ll keep rolling with Houston. Give me the Astros to win. 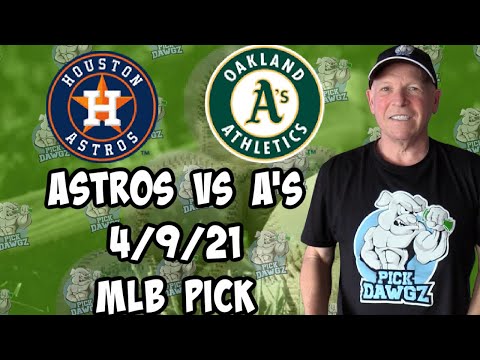