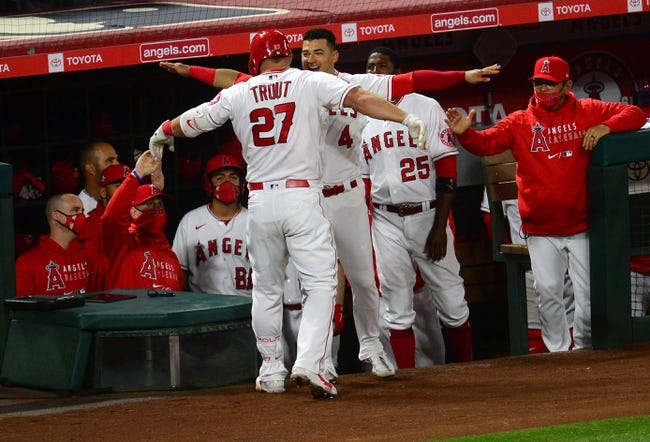 The Toronto Blue Jays will head on the road to face the Los Angeles Angels in an AL showdown this Friday. It will be the second of a three-game set with the Angels winning the first game 7-5 in 11 innings.

Los Angeles scored 2 runs in the top of the 11th to take the first game of this series Thursday night. Mike Trout went 3-5 and homered for the third straight game. The Angels were 5-15 with runners in scoring position. The bullpen pitched 5.2 innings allowing just 1 run and did not give up a hit in the last 4 innings. To start the season, the Angels have a .254 team batting average, good for 9th in the league. Mike Trout leads the team with a .417 batting average and 3 home runs.

Starting for the Angels will be lefty Andrew Heaney. In his first start he was rocked for 7 runs on 7 hits against the White Sox. Against the current Blue Jays lineup, he has allowed a .214 batting average with 2 home runs in 33 at bats.

Toronto has now lost 3 in a row after their loss on Thursday. The Blue Jays had 7 hits in the game and were just 2-13 with runners in scoring position. Vlad Guerrero Jr. and Cavan Biggio both homered for the second time this season. The Blue Jays have a .208 team batting average and 11 home runs so far this season. Randal Grichuk leads the team with a .400 batting average and 5 RBI.

The Blue Jays will start young righty TJ Zeuch on Friday. In his first start he went 4 shutout innings allowing 4 hits with 1 strikeout. He has not faced this Angels lineup in his young career.

The Angels are in top form, while the Blue Jays have been struggling with Springer on the IL. On any given night either of these offenses can go off, but the Angels are just playing better right now. The Blue Jays will figure it out, but I will keep riding the hot hand. Give me the Angeles to win.