The Cleveland Indians will host the Detroit Tigers in an AL Central showdown on Friday. It will be the first of a three-game set.

The Indians head into this game after winning 4-2 against the Royals last time out. They had 8 hits but were 0-4 with runners in scoring position. Jose Ramirez hit a pair of two-run home runs, his first two of the year. Shane Bieber got the start and went 6.1 innings, allowing 2 runs on 2 hits with 12 strikeouts. To start the year the Indians have a .215 team batting average with 7 home runs. Jose Ramirez leads the team with a .350 batting average, 2 home runs and 4 RBI.

Starting for the Indians will be young righty Zach Plesac. In his first start he went 6 innings, allowing 2 runs on 6 hits with 4 strikeouts. In his career against these Tigers, he has allowed a .247 batting average with 1 HR in 65 at bats.

The Tigers will come into this one having lost 3 of their last 4. Last time out they fell 3-2 at home to the Twins. Starter Matthew Boyd pitched well, going 7 innings and allowing 3 runs with 10 strikeouts. The Tigers had 8 hits in the game and were 1-3 with runners in scoring position. Wilson Ramos  hit a solo shot in the 5th for his 2nd of the year. To start the year the Tigers have a .223 team batting average with 7 home runs.

Detroit will start righty Julio Teheran against the Indians on Friday. IN his first start he went 5 innings, allowing 1 run and 4 hits. These Indians have hit Teheran well in the past, with a .310 batting average and 7 home runs in 101 at bats.

Neither team has gotten off to a good start, but I give the edge to the Indians here. They should have the edge on the mound, considering Teheran’s struggles against the Indians in his career. With the superior starter and a top-ten bullpen to start the season, I will back Cleveland. Give me the Indians to win. 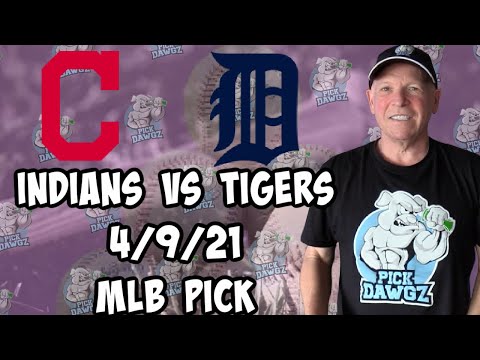