The Seattle Mariners face the Minnesota Twins on Thursday, April 8th at Target Field for game one of a three-game series.

The Minnesota Twins were able to take two of three against the pesky Detroit Tigers in what was an entertaining series to watch. After a 15-6 blowout win for Minnesota, the Tigers went back the next day and defeated the Twins in extra-innings. The Twins were able to take the third game of the set by the final score of 3-2 to improve to 4-2 on the year. The Twins will be playing in their home opener in this game and are currently in first place in the AL Central.

The Seattle Mariners are projected to bring left-hander Marco Gonzales to the mound to face the Twins. Gonzales did not have the best season opener against the Giants, allowing five earned runs in 6.0 innings off of eight hits and three home runs. Gonzales will now face a locked and loaded Twins lineup that gives opposing pitchers nightmares.

The Minnesota Twins are projected to send right-hander Jose Berrios to the bump in game one of this series. Berrios was as sharp as a pitcher could be in his season debut, as he did not allow a single hit or walk in 6.0 innings, and he struck out 12 batters in a lockdown performance. Berrios earned the victory in that game and will look to follow up the performance of his career with another strong outing.

The Twins are heavy favorites at home and I believe that is for good reason. Berrios was unhittable (literally) in his first start, while Gonzales was hit hard at a pitchers' ballpark no less. I will lay 1.5 runs with the Twins to get some value. 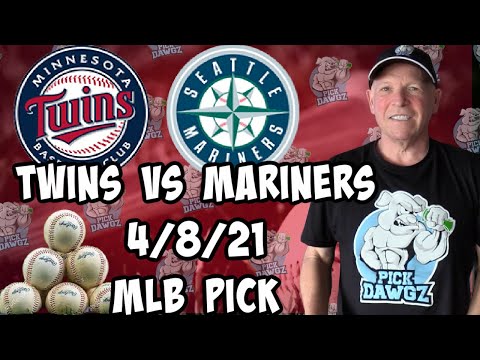