The Kansas City Royals face the Chicago White Sox on Thursday, April 8th at Guaranteed Rate Field for game one of a three-game series.

The Kansas City Royals split a two-game series with the Cleveland Indians in their last series, as the Royals won the first game and lost the second. The Royals are now 3-2 on the year after also beating the Rangers twice in a three-game series to open the year. The Royals will be playing in their third straight road game and both teams will not have any rest heading into this series.

The Chicago White Sox were able to take two of three against the Seattle Mariners on the road to start this week. The White Sox dropped three of four on the road to the Los Angeles Angels to start the season, so it was important for the Sox to bounce back and grab a series win in Seattle. The White Sox are 3-4 and are currently in fourth place in the AL Central standings while the Royals are in second behind the Twins.

The Kansas City Royals are projected to bring right-hander Brad Keller to the mound to face the White Sox. Keller was awful in his season debut, as he could not make it out of the second inning. Keller allowed six earned runs on nine hits and two walks in only 1.1 innings against the Rangers on Opening Day. Somehow Keller did not earn the loss in the start, in fact, the Royals actually won that game 14-10 in the end.

The Chicago White Sox are sending right-hander Lance Lynn to the bump for game one of this series. Lynn did not surrender a single earned run in his season debut against the Angels. Lynn allowed six hits and two walks while striking out six batters in 4.2 innings. Not getting through 5.0 innings is unlike Lynn, and the Sox will look for him to go deeper in this game.

The White Sox are still affordable at that -158 price and I am not too sure why. Keller is a lot better than what we saw against the Rangers, but that does not mean he is going to shut down this explosive Sox lineup. The White Sox have the major advantage in starting pitcher, bullpen, and starting lineup, so I will take the White Sox at home on the money line. 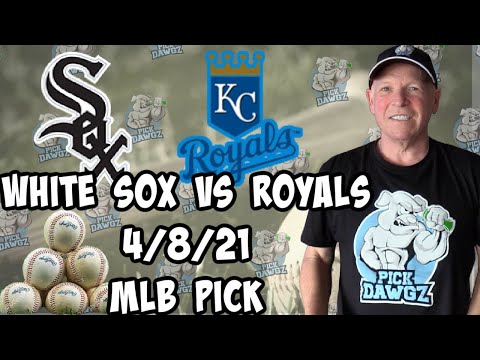