The Boston Red Sox face the Baltimore Orioles on Thursday, April 8th at Camden Yards for game one of a three-game series.

The Boston Red Sox were swept in their first series of the season against these Orioles but were able to bounce back in a big way, sweeping the Tampa Bay Rays at home in three games. The Sox are now 3-3 on the year and will be playing in their first road game of the season after six straight at Fenway. The Red Sox only scored a total of five runs in the first series against Baltimore, but the offense woke up against the Rays and will look to keep it up against Baltimore the second time around.

The Baltimore Orioles lost a three-game set to the New York Yankees at Yankee Stadium after sweeping the Red Sox, but the good news for Baltimore was that it snapped its 13-game losing streak against the Bronx Bombers dating back to 2020. The Orioles defeated the Yankees on Wednesday night in extra-innings by the final score of 4-3 to improve to 4-2 on the year. Do not look now, but the O's are in first place in the AL East and are off to a hot start just as they were last season.

The Boston Red Sox are projected to send left-hander Eduardo Rodriguez to the mound to face the Orioles. Rodriguez will be making his season debut for the Red Sox here, as he did not start in the first run through the rotation. Rodriguez did not play in 2020, but in 2019 he had a 19-6 record with a 3.81 ERA in 34 starts. Rodriguez has been a winning machine for the Red Sox in his short-lived career, and Boston could use another strong season from the southpaw.

The Baltimore Orioles are projected to bring right-hander Matt Harvey to the bump in game one of this series. Harvey already faced the Red Sox this season in which he did rather well. Harvey allowed two earned runs through 4.2 innings in his Orioles' debut, which was exactly what the O's had hoped for from the Dark Knight.

Although Harvey had some success against the Red Sox in their first meeting, I do not like his chances the second time around. Rodriguez had a great spring for Boston and I expect him to have a strong performance in his first game back. I will take the Red Sox on the run line, as I expect a big victory by the road favorite. 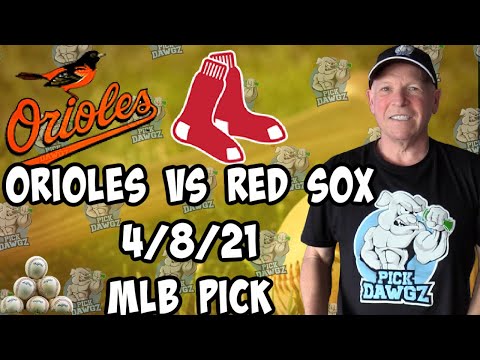