The Arizona Diamondbacks will head on the road to face the Colorado Rockies in an NL West matchup. The Rockies won 8-0 on Wednesday to even up the series at 1.

Arizona was shutout for the second time this season in their loss on Wednesday. Madison Bumgarner went 5 innings allowing 5 runs on 8 hits. The offense had just 5 hits in the game, and were a combined 0-7 with runners in scoring position. To start the season the Diamondbacks have a .219 team batting average with 7 home runs.

Starting for the Diamondbacks will be righty Merrill Kelly. In his first start he went 4 innings, allowing 3 runs on 5 hits. In his career against the Rockies current lineup, he has allowed a combined batting average of .311 with 2 home runs in 34 at bats.

Colorado is now 2-4 after their shutout win against Arizona. Starter Antonio Senzatela pitched a gem, going 8 shutout innings. He allowed just 4 hits and struck out 3. From the plate the Rockies had 10 hits and were a combined 6-15 with runners in scoring position. Chris Owings was 3-3 from the plate with 2 RBI and a run scored. Through their first 6 games the Rockies have a combined .228 team batting average with 11 home runs.

The Rockies will start right-hander Jon Gray on Thursday. In his first start he went 5 innings, giving up just 1 run on 4 hits with 7 strikeouts. Gray has some experience pitching against this Diamondbacks lineup. He has allowed a .311 batting average in 94 at bats with 2 home runs.

Both teams have struggled to start the season, and the bullpens both rank in the bottom half of the league. With both starters having struggled in this matchup in the past, this could be a high scoring game. However, I do not trust either of these offenses to consistently produce. This is a game to avoid, but the Rockies have been swinging the bat better and have the advantage of playing at home. Give me the Rockies to win. 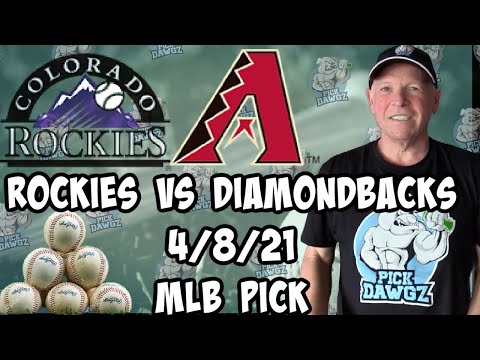