Where to Watch: BS Sun Stream the MLB Game of the Day all season on ESPN+. Sign up now!

The Tampa Bay Rays and Boston Red Sox face off on Wednesday in an American League East showdown at Fenway Park.

These two teams faced off on Tuesday and it was the Red Sox that were able to win the game in extra Innings. JD Martinez was the hero hittin the walk off.

The Red Sox had some struggles against the Orioles in the first series, but each of the first two games against the Rays they have found success. In the first game the Red Sox were able to score 11 runs and in this game it’s going to be important the offense runs up the score again. J.D. Martinez has been the best player for the Red Sox hitting two home runs and driving in nine RBI’s.

On the other side of this matchup is the Rays who have had issues with their pitching staff the last few games and they need to be more productive in this game. Manuel Margot has been the best player for the Red Sox hitting one home run and driving in five RBI’s.

Ryan Yarbrough will get the start for the Rays in this game and in his first start of the year against the Marlins he was strong. Yarbrough went 5.2 innings giving up four hits and zero runs.

Nathan Eovaldi will get the start for the Red Sox and in his first start of the season he went 5.1 innings giving up four hits and one run.

I expect both teams are going to struggle to score in this game and this will be a good old-fashioned pitchers duel. Back the under to cash with ease. 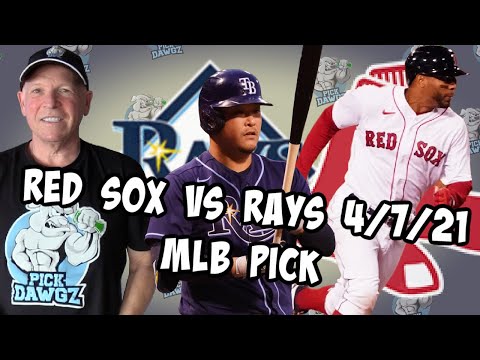