The Cincinnati Reds will face the Pittsburgh Pirates in the final game of a three game set on Wednesday. The Reds will be going for the sweep after winning the last game 14-1.

Starting for Cincinnati will be righty Luis Castillo. In his last start he went 3.1 innings, allowing 10 runs on 8 hits with no strikeouts. Against the current Pirates line-up, he has allowed a collective .235 batting average, with 1 HR in 76 at-bats.

Pittsburgh is now 1-4 to start the season after their loss on Tuesday. They have continued to struggle from the plate, as they only managed 5 hits in the game. Pittsburgh was 0-3 with runners in scoring position and left 5 on base. Through 5 games the Pirates have a team batting average of .196 and 13 total runs scored, both 6th worst in the majors.  Colin Moran leads the team with a .333 batting average, 2 HR and 3RBI.

The Pirates will send out righty Chad Kuhl on Wednesday for his second start of the year. He only went three innings in his first start, tossing 3 innings allowing 1 run, with 3 walks and 2 strikeouts. Against these Reds he has allowed 4 home runs in 78 at-bats with a collective .258 batting average.

The Reds offense has been the best in the majors through the first week of the season, while Pittsburgh has struggled and is still without Ke’Bryan Hayes. Luis Castillo struggled in his first start but was 2-0 against the Pirates in 2020, only allowing 2 runs in 13 innings. He should be able to get back on track against a struggling Pirates offense. The Reds should be able to win this one by a few runs. Give me Cincinnati to cover the run line. 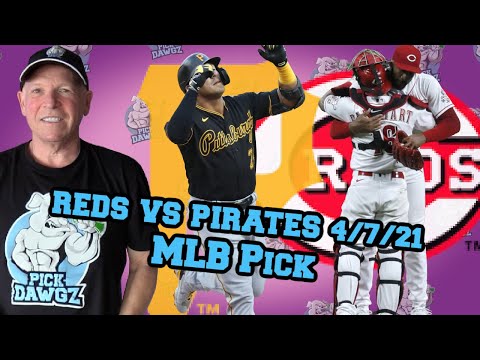