Where to Watch: BS north Stream the MLB Game of the Day all season on ESPN+. Sign up now!

The Detroit Tigers and Minnesota Twins face off on Wednesday in an American League Central showdown at Comerica Park.

The Twins were able to win the first game but in the second game the Tigers bounced back winning in extra innings.

The Minnesota Twins come into this game with a 3-2 record and both of their losses were walk offs in the 10th inning. This Twins offense leaned on the long ball a lot during the 2020 season and it doesn’t look like it’s going to be any different this season. On Tuesday iNelson Cruz and Byron Buxton both hit home runs. Cruz on the season has had three home runs and seven RBI’s while Buxton has had three home runs and four RBI’s.

On the other side of this matchup is the TIgers who also sit with a 3-2 record and when their pitching has been good, they have found success. On Monday the Tigers gave up 15 runs, and the offense had no chance to keep it close. Akil Baddoo has been the best player for the Tigers hitting two home runs and six RBI’s. Miguel Cabrera has also had a fast start having a home run and driving in three RBI”s.

Kenta Maeda will get the start for the Twins and in his first start of the season he went 4.1 innings and he sits with an ERA of 2.08.

On the mound for the Tigers will be Matthew Boyd against the Indians and he was strong going 5.2 innings giving up three hits and zero runs. 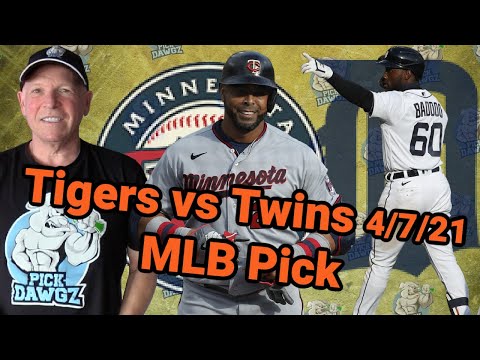