The Kansas City Royals and Cleveland Indians will face off on Wednesday in an American League Central showdown at Progressive Field.

These two teams faced off on Monday and it was the Royals who were able to come away with the 3-0 victory. The Royals opened up the scoring in the second inning and they never looked back as they cruised to a victory.

The Indians have only won a game so far this year and the offense has had issues getting going in their losses. The Indians did score nine runs in their one win, and they are going to need the offense to get going. Offseason addition Eddie Rosario has been the best player for this team hitting a home run and driving in four RBIs.

On the other side of this matchup is the Royals who currently sit in 1st place in the American League Central showdown. The Royals have won three of their four games this season and for the most part it’s been the offense that was the difference.Whit Merrifield has been the best player for the Royals hitting three home runs and driving in nine RBI’s.

On the mound for the Indians will be Shane Bieber who wasn’t terrible in his first start, but he wasn’t lights out. Bieber went six innings against the Tigers and he went six innings giving up five hits and three runs.

This has been a series dominated by the Royals and there is no reason to believe it’s going to be different in this game. Look for hte Royals offense to get to Bieber early and they will come away with the victory. Back the Royals on the money line. 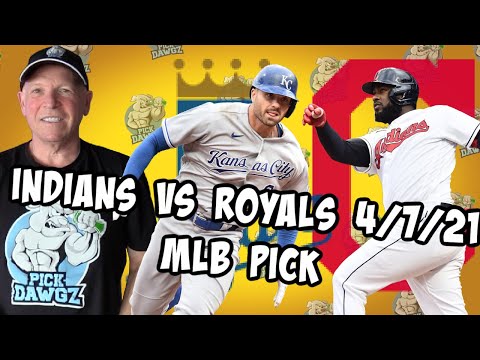