The Tampa Bay Rays and Boston Red Sox face off on Tuesday in an American League East MLB showdown at Fenway Park.

These two teams faced off on Monday and it was the Red Sox that put up 11 runs as they cruised to the victory. The Red Sox had four different innings where they scored at least two runs.

The Red Sox had issues against the Orioles losing all three games, so they had to feel good getting on the right track with their offense on Monday. The Red Sox had only scored five runs total in the previous two games, so the 11 runs was impressive. J.D. Martinez has been the best player for the Red Sox hitting two home runs and driving in six RBI’s.

On the other side of this matchup is the Rays who currently sit with a 2-2 record overall and in a couple of games the offense has really let them down. Joey Wendle has been the best offensive player for the Rays hitting a home run and driving in four RBI’s.

Getting the start for the Rays will be Tyler Glasnow and he was lights out in his last start going six innings giving up only one hit and zero runs.

Getting the start for the Red Sox will be Martin Perez who has good stuff, but he has been inconsistent. During the 2020 season wit the Red Sox he finished with a 3-5 record overall and a 4.50 ERA.

Glasnow looked good in the first start and he will be good again in this game. Look for the Rays to win a low-scoring affair. 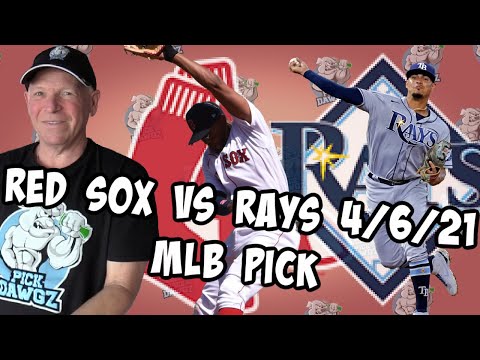