7The Oakland Athletics will face the Los Angeles Dodgers on Tuesday. The Dodgers took the first game 10-3 on Monday.

The Athletics come into this game having lost 5 straight to start the season. Last time out they did not score until the 8th inning when they were already behind by 9 runs. Mark Canha homered for the first time this season. The A's were a combined 3-9 with runners in scoring position. So far this season Chad Pinder leads the team with a .300 batting average but is currently on the IL. He is expected to return next week. On the mound their bullpen has struggled to start the year with a 8.64 ERA and 1.92 WHIP in 16.2 innings.

The Dodgers have now won 5 in a row after their win Monday. Justin Turner hit his first home run of the season, and Will Smith also homered for his second of the year. Starter Dustin May got the win, tossing 6 shutout innings allowing just 2 hits with 8 strikeouts. The Dodgers offense has lived up to lofty expectations to start the season. They are leading the league with a .332 batting average and are second with 32 runs scored.

These are two teams heading in different directions on this young season. The A's are a talented team but are underperforming to start the season. Chad Pinder was their best bat before going down to injury, and they will miss him against the Dodgers. When facing Kershaw the A's current roster has a .185 batting average with 0 HR in 42 at-bats. Chris Basset does not have experience against this Dodgers lineup, so I will give the edge to an LA team that leads the league in hitting to start the season. Give me the Dodgers to win. 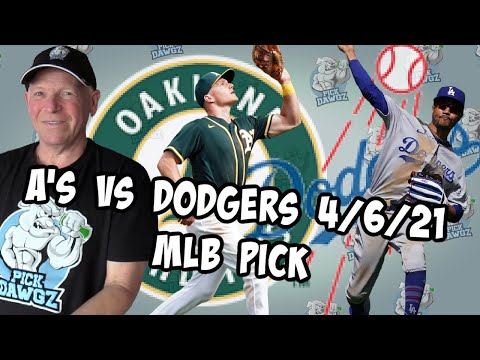