The Seattle Mariners will host the Chicago White Sox on Tuesday night. Chicago took the first game of the series 6-0.

It was a forgettable night from the plate for the Mariners in their last game. They managed only 3 hits while striking out 15 times in the game. They were a combined 0-10 with runners in scoring position, and blew a few golden opportunities early in the game. As a team the Mariners are hitting a collective .177 to start the season. Their 15 runs scored are tied for 9th fewest in the majors. Mitch Haniger leads the team with a .353 batting average and 1 HR.

Chicago is now 2-3 on the season after their win in Seattle Monday. Rodon got the start and tossed 5 scoreless innings with 9 strikeouts in the win. From the plate they had 10 hits and were a combined 3-9 with runners in scoring position. Yasmani Grandal homered for the first time this year. So far this season Yermin Mercedes leads the team with a .643 batting average, 1 HR and 6 RBI. As a team they are 12th in the league with a .247 batting average.

The White Sox will start ace Lucas Giolito against the Mariners. In his first start this season he went 5.1 innings, allowing 2 runs on 2 hits with 8 strikeouts. He had a no-hitter through three before the Angels finally got to him.

The White Sox have done well against left-handed pitching this season and that continued against Seattle on Monday. They touched up starter Justus Sheffield in the first game and will get another lefty in Paxton on Tuesday. Giolito was very effective against a potent Angels lineup in his first game, and should have no issues working through a Mariners lineup that is not been producing from the plate. Give me Chicago to win. 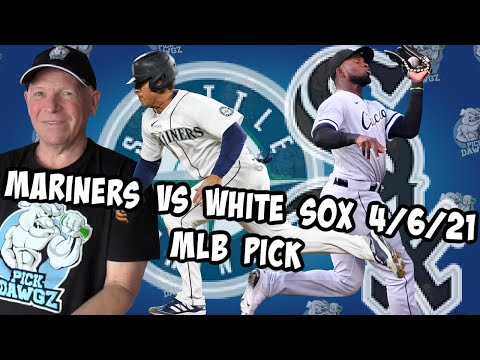