The Atlanta Braves and Washington Nationals face off on Tuesday in a National League MLB showdown at Nationals Park.

The Nationals will be opening their season in this game but this is a team that is going to be short-handed as they have dealt with COVID issues. Out for the Nationals in this game will Trea Turner, Josh Bell, Kyle Schwarber, Josh Harrison, Patrick Corbin, Jon Lester, Brad Hand, Yan Gomes, Alex Avila and Jordy Mercer. With so many players out, there have to be some questions about who will be stepping up in this game.

On the other side of this matchup is the Braves who played three games against the Phillies and they struggled losing all three of the games. During the three-game losing streak they have scored at least three runs total. Even though the pitching staff was strong, the offense is going to need to find a way to get going. Pablo Sandoval has been the best player for the Braves hitting one home run and driving in two RBI’s.

On the mound for the Braves will be Drew Smyly who spent last season with the Giants. In seven appearances last season he had a 0-1 record and an ERA of 3.42.

On the mound for the Nationals will be Max Scherzer who will be looking to have another big season. Last season, Scherzer finished with a 5-4 record and an ERA of 3.74.

This is a game that should be bet cautiously because of the question marks surrounding the Nationals. I expect both teams are going to struggle to score in this game and this will be a pitcher's duel. Back the under to cash. 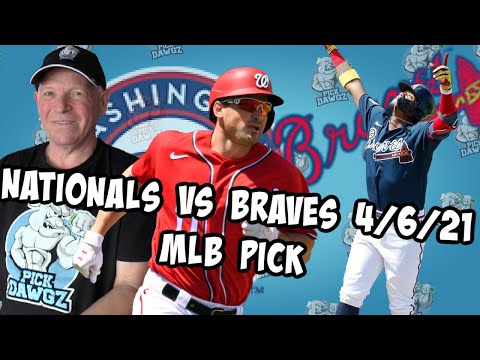