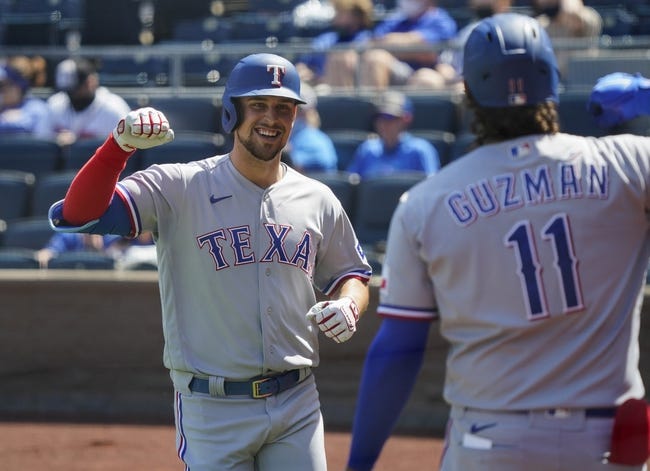 Where to Watch: BS Southwest Stream the MLB Game of the Day all season on ESPN+. Sign up now!

The Toronto Blue Jays and Texas Rangers face off on Monday in an American League MLB showdown at Globe Life Field.

The Toronto Blue Jays have to feel really good about how their season has started so far this season. The Blue Jays played three games against the Yankees, and they were able to come away with wins in two of them. Each of the first three games the Blue Jays have scored three runs but the pitching has been strong and that has led to the success. Randal Grichuk has been the best player for the Blue Jays and he currently sits with three RBI’s.

On the other side of this matchup is the Texas Rangers who lost their first two games against the Kansas City Royals, before bouncing back on Sunday. The first two games the pitching staff really struggled giving up 25 runs total, but on Sunday they only gave up three runs and that led to the comfortable victory. The star of the Rangers so far this season has been Nate Lowe who has hit a home run and driven in nine RBI’s.

On the mound for the Blue Jays has been Steven Matz who comes over from the New YOrk Mets. Last season with the Mets, he finished with an 0-5 record and an ERA of 9.66.In this game, Matz is going to need to be strong.

On the mound for the Rangers is Mike Foltynewicz who has really talent a step back the last few years. Last year he only made one appearance and he got hit hard which left him with an ERA over 16.

The Rangers can score, but their pitching is an issue and that will be the case again in this one. Look for both starting pitchers to struggle to score and that will lead to this game going well over the total. Back the over. 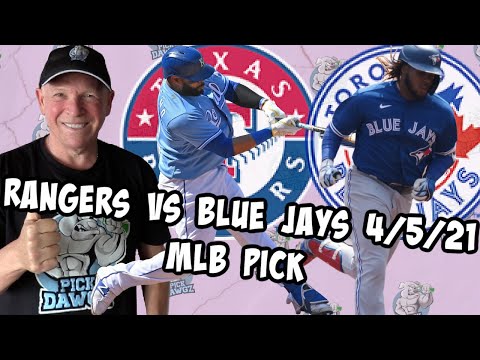