Where to Watch: BS Detroit Stream the MLB Game of the Day all season on ESPN+. Sign up now!

The Kansas City Royals and Cleveland Indians face off on Monday in an American League Central MLB showdown at Progressive Field.

The Kansas City Royals have gotten out to a fast start to this season against the Rangers. The Royals won their first two games of the series before they were defeated on Sunday. The Royals offense was elite in each of the first two games scoring a total of 25 runs in those two games. Whit Merrifield and Michael A. Taylor have been the best players so far this season each hitting two home runs and driving in six RBI’s.

On the other side of this matchup is the Cleveland Indians who have lost two of their first three games against the Detroit Tigers. The Indians lost a lot of talent this offseason and it has shown up with the pitching staff and the offense. On Sunday the offense finally got back on the right track putting up nine runs and that offense is going to need to be good again in this game. Jordan Luplow, Eddie Rosario, Franmil Reyes, and Yu Chang all drove in two runs.

Danny Duffy is going to get the start for the Royals and during the 2020 season he finished with a 4-4 record overall and an ERA of 4.95.

Logan Allen is going to get the home opener for the Indians and he has already admitted there are going to be some nerves getting the home opener. During his career, Allen has a 2-3 record and an ERA of 5.40.

I don’t trust Allen in this game, and the Royals offense that is hot is going to get to him. I like the Royals to win and they are also worth a look on the reverse run line at -1.5. 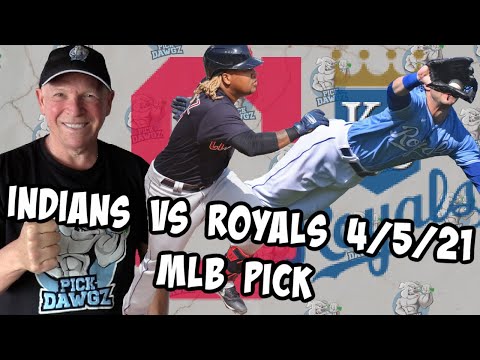