The New York Yankees will face the Toronto Blue Jays this Sunday in the rubber game of their season opening series.

The Yankees came away with a 5-3 win in the last game. It was Corey Kluber's first start as a Yankee, and he went 4 innings giving up two runs on 4 hits with 5 strikeouts. The bullpen only gave up 1 run in 5 innings, striking out 5. Gary Sancez homered for the second straight game. Gio Urshela was 2-4 with a run scored. The Yankees were clutch with runners in scoring position, going 4-10 in the game. To start the season, the Yankees have a team batting average of .171.

The Blue Jays offense could not get any timely hitting against the Yankees on Saturday. They were a collective 1-12 with runners in scoring position, stranding 7 runners in the game. Marcus Semien was the main contributor from the plate, going 2-4 with a run and 2 RBI. Starter Ross Stripling was credited with the loss after giving up 3 runs on 7 hits in 3.1 innings. Rafael Dolis was also tagged for 2 runs in 0.2 innings of relief work. So far this year the Toronto has a team batting average of .222.

The Yankees finally got some offense going in the second game, getting some big hits with men on base. To this point Gary Sanchez remains the only Yankee with a home run, and with so many big bats in the lineup one would assume they are due for an outburst. T.J Zeuch has not looked good in spring training, and the young righty may be in over his head on Sunday against a hungry Yankees line-up. In 2020 the Yankees were 5th in the league with a .811 OPS vs righties, and 4th with 74 home runs. German will likely be on a short leash in his first start since 2019, but he looked solid in spring training. The Blue Jays offense is dangerous, but their current roster has collective batting average of .220 against German, with just 1 home run in 50 at-bats. Give me the Yankees to win. 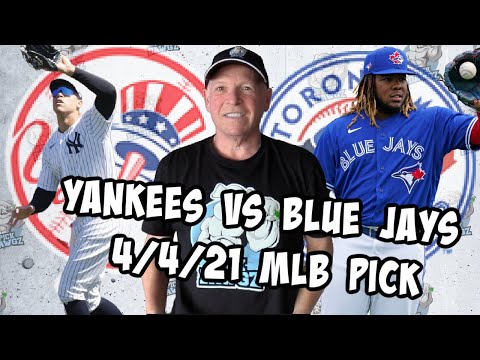