The Pittsburgh Pirates will face the Chicago Cubs at Wrigley Field on Sunday in the rubber match of their three game series.

The Chicago Cubs came away with a 5-1 win over the Pirates last time out. Jake Arrieta started and got the win, going 6 innings and only allowing 1 run with 5 strikeouts. The bullpen was lights out, striking out 7 of 9 and not allowing a single baserunner. Kris Bryant and Jason Heyward both went deep in the game for their first home runs of the year. As a team they were 2-9 with runners in scoring position. So far this season the Cubs have a .158 team batting average.

The Pirates will look to bounce back after losing last time out. Starter Tyler Anderson was given the loss after going 5 innings and giving up 3 runs. The offense struggled to get anything going. They were 1-3 with runners in scoring position, but only managed to get 7 men on base in the game. Kevin Newman was 1-4 and drove in the only run for the Pirates. Through the first two games the Pirates have a .224 team batting average.

Both teams have been off to a slow start at the plate. The Cubs have a favorable matchup against Keller in this one. As a team the Cubs are hitting .288 against him with 3 home runs in 29 at-bats. Keller struggled this spring, failing to keep people off the bases. He should make things easier for a Cubs offense that is eager to get things going. Zach Davies on the other hand pitched extremely well during spring training, and has good numbers against the Pirates lineup in his career. Give me the Cubs to win. 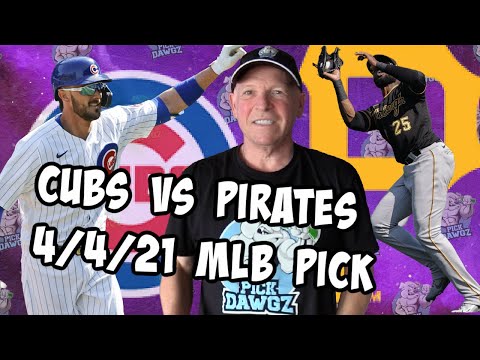