The Minnesota Twins face the Milwaukee Brewers on Sunday, April 4th at American Family Field for game three of a three-game series.

The Minnesota Twins defeated the Milwaukee Brewers by the final score of 2-0 on Saturday. Saturday's game was a clear pitcher's duel, as both starters had no-hitters through five innings of work. The Twins got on the board initially off of a Byron Buxton solo home run. A Luis Arrarez RBI single later on added to the lead, and the Brewers could only muster one hit in the entire game. It was Minnesota's first win of the season and the series is now tied heading into the series finale on Easter Sunday.

The Minnesota Twins are projected to bring right-hander Michael Pineda to the mound to face the Brewers on Sunday. Pineda only pitched in five games in 2020 with the Twins and he owned a 2-0 record with a 3.38 ERA. Pineda pitched in two games in spring training and struggled a bit. In 7.2 innings Pineda allowed six earned runs and seven runs overall including one home run. Pineda did strike out 10 batters and only allowed one walk, which are promising numbers.

I think the Twins have the stronger and more reliable starter on the mound in this matchup, and after the Brewers could only manage one base hit yesterday there is no way I can trust them here. I will take the Twins on the money line and expect them to finish this series with a win. 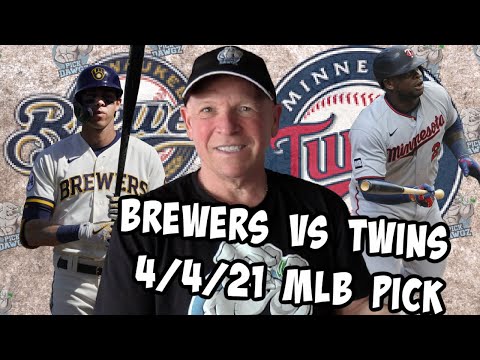