The Houston Astros and Oakland A’s face off on Sunday in their last game of their MLB series at RingCentral Coliseum.

These two teams have played three games already this season and it was the Astros that has been able to win all three of the games.

The Astros had a bit of a down year during 2020 but if the first few series is any indication they are going to be a whole lot better this year. The Astros have won each of the first three games and they have scored at least eight runs in each of the games. On Saturday they had strong pitching and the defense was lights out as they were able to win 9-1. Yordan Alveraz was the best player for the Astros having three hits and three earned runs.

On the other side of this matchup is the A’s who’s offense clearly has an issue and they are going to need to turn it around in this game. In two of the first three games the A’s have only scored one run and that is nowhere close enough to get the job done. Mitch Moreland was the only player who drove in a run on Saturday.

On the mound for the Astros will be Jose Uriquidy who the Astros hope they can lean on heavily this year. Last year he had five appearances going 1-1 and sitting with a 2.73 ERA.

On the mound for the A’s will be Sean Manaea and in the last game he went 4-3 sitting with a 4.50 ERA. The A’s are going to need a good outing from Manaea as he tries to slow down a strong offense.

The Astros offense has been strong and there is no reason to believe it’s going to change in this game. Look for the Astros to score runs early and often and that will lead to a win for the visiting team. 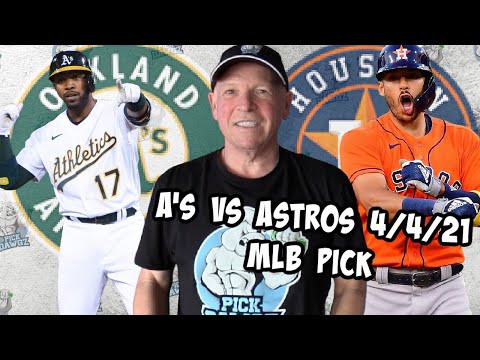