The Cleveland Indians and Detroit Tigers face off on Sunday in a Game 3 of their MLB series at Comerica Park.

After winning the first game of this series 3-2 the Tigers were able to come away with another victory 5-2 on Saturday.

The Tigers offense hasn’t been all that impressive in either of the first two games, but they have gotten some really good pitching which is a bit of a surprise because this isn’t a team that expected to have a strong pitching staff. On Saturday it was five different players who each drove in one run to pace the team. Miguel Cabrera continued his strong start in the last game driving in another run.

The Indians lost a lot of offensive production during the postseason and it appears that is going to really hurt them this season. Each of the first two games, the Indians have only scored two runs, and that type of production isn’t going to get the job done. Eddie Rosario was the only bright spot on Saturday hitting a home run and driving the two RBI’s in.

Aaron Civale will get the start for the Indians and he was inconsistent last season. Civale finished the year with a 4-6 record and an ERA of 4.74.

Getting the start for the Tigers will be Tarik Skubal and during his career he has struggled sitting with a 1-4 record and an ERA of 5.63.

Both teams are going to struggle to score in this game and that will lead to this game staying well under the posted total. Back the under to cash. 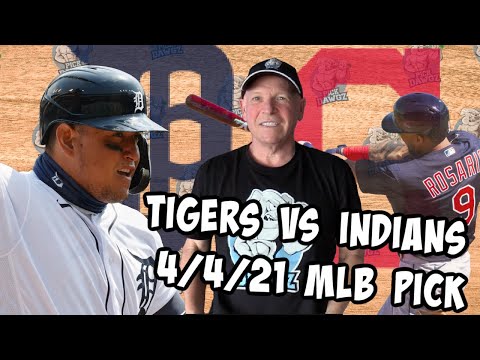