The Baltimore Orioles face the Boston Red Sox on Sunday, April 4th at Fenway Park for game three of a three-game series.

The Baltimore Orioles defeated the Boston Red Sox by the final score of 4-2 on Saturday afternoon in game two of this series. The Orioles had Matt Harvey on the mound as the starter and although he did not earn the win, he did a fine job for Baltimore in his team debut. The Orioles scored four runs on eight hits and had no errors in the game, while the Red Sox scored their two runs off of seven hits and had one error in the loss. The Orioles have opened as the underdogs in the first two games of the season and have won both games at plus money, making them a great value option so far.

The Baltimore Orioles are projected to bring left-hander Bruce Zimmerman to the mound to make his season debut against the Red Sox. Zimmerman has only played in two games in the MLB, as in 2020 he had a 7.71 ERA in those two games. Zimmerman had a so-so spring training with an ERA above 4.50 but about a strikeout per inning on average.

The Boston Red Sox are projected to send right-hander Garrett Richards to the bump to take on the Orioles. Richards will also be making his season debut but will also be making his Red Sox debut as well. Richards was a member of the Padres in 2020 and had a 2-2 record with a 4.03 ERA in 14 games. It was a bounce-back year for Richards in 2020 but a rough 2021 spring training could be worrisome for the 32-year-old.

I think the Red Sox finally get in the win column and beat the O's by a few runs. There is not a ton of value taking the Sox on the money line, so I will lay the 1.5 on the run-line with Boston here. 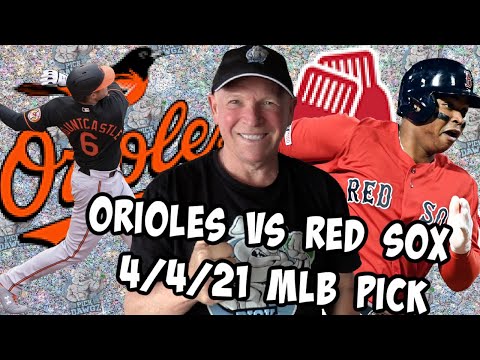