The Toronto Blue Jays face the New York Yankees on Saturday, April 3rd at Yankee Stadium for game two of a three-game series.

The Toronto Blue Jays defeated the New York Yankees by the final score of 3-2 in extra innings on Opening Day. The Blue Jays struck first in the game, but a Gary Sanchez two-run home run gave the Yankees the lead in the 2nd. A Teoscar Hernandez solo shot tied the score at 2-2 in the 6th, and the Blue Jays were able to score in the top of the 10th to take a 3-2 lead. The Yankees could not muster up a rally in the bottom half of the inning, earning their first loss of the season. Nick Nelson earned the loss in the game, while Jordan Romano got the win for Toronto. The Blue Jays will look to clinch a series win over the Bronx Bombers on Saturday afternoon but will face yet another strong arm in the Yankee rotation.

The New York Yankees are projected to bring right-hander Corey Kluber to the bump in game two. Kluber was one of two major acquisitions that the Yankees made for their starting rotation (Jameson Taillon being the other). Kluber got injured in his first game of the season of 2020 and that kept him out for the remainder of the campaign. The Yankees hope the two-time Cy Young award winner can bounce back this season after a weak 2019 and an unfortunate 2020.

I like the Yankees to win this game by a few runs at home after losing game one of the season. I do not like Stripling's chances in this matchup and think the Yankees get to him early and often. 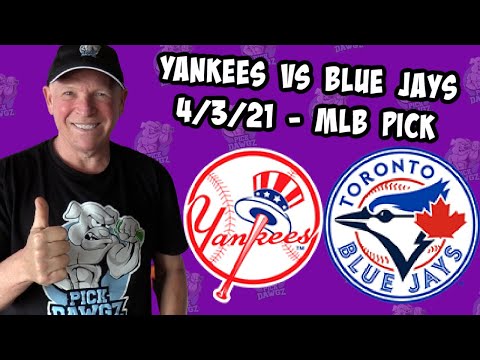