The Texas Rangers face the Kansas City Royals on Saturday, April 3rd at Kauffman Stadium for game two of a three-game series.

The Kansas City Royals and Texas Rangers participated in an offensive shootout on Opening Day, scoring a combined 24 runs in what was a very entertaining game to watch. The Royals ended up grabbing the victory despite going down 5-0 in the very first inning. The final score of that wild game was 14-10 in favor of KC. The Royals hit three home runs in the win and those homers were by Michael Taylor, Jorge Soler, and Whit Merrifield. The Rangers had issues in the field on Thursday, as the team had three errors in the loss. Each team had 15 hits, the Rangers had nine walks and the Royals had 8. Pitching was thrown out the window and that could be a common theme for both of these teams the rest of the season.

The Texas Rangers are projected to bring right-hander Kohei Arihara to the mound to face the Royals on Saturday. Arihara will be making his MLB debut, as he was a member of the Japanese Professional League last year. For Nippon-Ham in 2020, Arihara owned anA 8-9 record with a 3.46 ERA in 20 games. Arihara is 28 years old.

The Kansas City Royals are projected to send left-hander Mike Minor to the bump for game two of this series. Minor was a member of the Texas Rangers and Oakland A's in 2020, owning a 1-6 record with a 5.56 ERA in 12 games between the two clubs. Minor is entering his 10th season in the MLB at the age of 33 and was already a member of the Royals back in 2017.

With Minor on the mound, I do not see why the Royals are such heavy favorites in this game. Based on value alone, I am taking the Rangers on the money line with all the plus money. Arihara making his MLB debut intrigues me more than it scares me, and I think this is a spot where value reigns supreme. 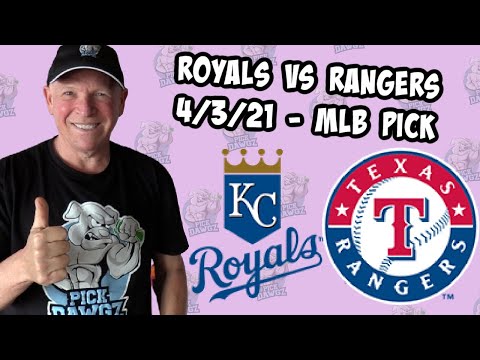