The St. Louis Cardinals face the Cincinnati Reds on Saturday, April 3rd at Great American Ballpark for game two of a three-game series.

The St. Louis Cardinals defeated the Cincinnati Reds by the final score of 11-6 in Cincy. The Cardinals' new-look lineup featuring former Rockies' star, Nolan Arenado, was on fire in game one of 162. The Cardinals poured it on in the first inning, scoring six runs including a three-run home run by youngster Dylan Carlson. The Cardinals would score another four runs in the fourth inning to make it 11-4 after four. Paul Goldschmidt went 4-5 with three runs scored and one RBI in the win. This should be a fun rivalry in the NL Central for years to come, and we got a taste of that on Opening Day.

The St. Louis Cardinals are projected to bring right-hander Adam Wainwright to the mound to face the Reds. Wainwright went 5-3 with a 3.15 ERA in 2020 through 10 starts. Wainwright had his best season since 2014, an all-star year for the 39-year-old. Wainwright will be pitching in his 16th season in the MLB, all with the Cardinals.

The Cincinnati Reds are projected to send right-hander Tyler Mahle to the bump for game two of this three-game series. Mahle went 2-2 with a 3.59 ERA during the 2020 season. Mahle pitched in 10 games and started in nine of those. Mahle is heading into his fifth season in the MLB, and he has been a Red for each of those seasons thus far.

I like the Cardinals to win game two of this series, as we are getting a great price with the better pitcher and stronger lineup in my opinion. I will roll with the Cardinals on the road here, as I trust the veteran presence of Wainwright a lot more than Mahle in this spot. 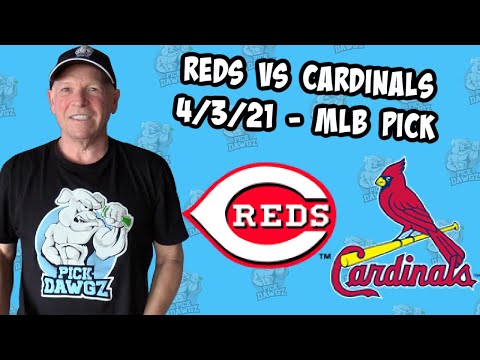