The Pittsburgh Pirates and Chicago Cubs face off on Saturday in an MLB showdown in Game 2 of their series at Wrigley Field.

These two teams opened up the series on Thursday and it was the Pirates that came away with a 5-3 victory.

Many believed this could be a down year for the Cubs  but the hope is that game one isn’t a sign of things to come for this team. The Cubs fell behind in the 1st inning and they could never bounce back as they were defeated by two runs. This is still a talented lineup led by Anthony Rizzo, Kris Bryant, Javier Baez,Wilson Contreares, and Joc Pederson. Contrearest, Rizzo, and Pederson were the three that drove in the runs on Thursday.

On the other side of this matchup is the Pirates who have to feel good about getting a win in their first game of the season. The offense looked good in the first game, but the most impressive was the pitching staff giving up only three runs. On offense, the Pirates were led by Adam Frazier and Ke’Bryan Hayes who both finished with two RBI’s.

On the mound for the Pirates will be Tyler Anderson who finished last season with the Giants and he had a 4-3 record and an ERA of 4.37.

On the mound for the Cubs will be Jake Arrieta who is making his return to the Cubs. Last season with the Phillies, Arrieta sat with a 4-4 record overall and an ERA of 5.08. Arrieta needs to try and keep the ball in the ballpark.

I don’t trust Arrieta and there is a ton of value with the Pirates coming away with their second win in a row. Back the Pirates on the money line. 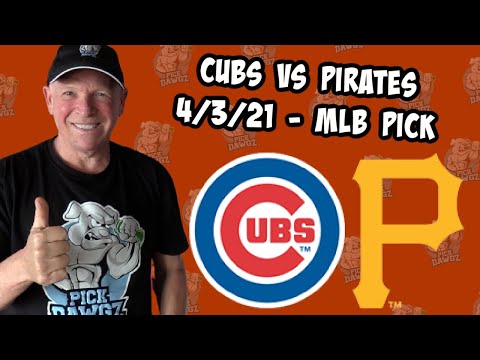