The Minnesota Twins and Milwaukee Brewers face off on Saturday in an MLB showdown at Miller Park. These two teams faced off on Thursday and it was the Brewers that were able to come away with the 6-5 victory.

The Twins were leading 5-2 heading into the 9th inning when a couple of errors allowed the Brewers to score three runs. In extra innings the Brewers were able to walk off with the victory.

The Minnesota Twins offense is loaded with talent and if Byron Buxton can have a big year, they are going to be in very good shape. On Thursday, Buxton hit a bomb out to center field driving in two runs. One issue for the Twins heading into this game is that Josh Donaldson was hurt in the first game he isn’t expected to go in this game.

On the other side of this matchup is the Milwaukee Brewers who were led by Travis Shaw in the first game of the season as he drove in three runs and led the Brewers to the victory. In this game for the Brewers they can’t wait until the 9th inning to start scoring runs and to try and come away with the victory. The Brewers need to get the pitching early in this game.

Jose Berrios will get the start for the Twins and last season he was strong going 5-4 with an ERA of 4.00. As the season goes on, at times he fades but the hope is he can get out to a fast start again.

On the mound for the Brewers is Corbin Burnes who was lights out last year and he finished the year with a 4-1 record overall and an ERA of 2.11.

Runs are going to be very hard to come by in this game and that is going to lead to this game staying well under the total. Back the under to cash. 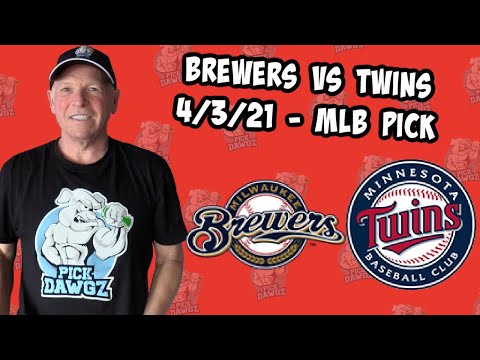