The Cleveland Indians and Detroit Tigers face off on Saturday in an MLB showdown at Comerica Park. These two teams faced off on Thursday and it was the Tigers that was able to come away with the 3-2 victory.

The Indians actually had more hits than the Tigers on Thursday but they only could manage to have two runs that crossed the plate and that led to the defeat. The best player for the Indians was Roberto Perez had one hit, two walks, and also drove in two runs. No player had more than one hit, and getting the bat going is going to be extra important in this game.

On the other side of this Tigers who had a lot of changes this offseason and the hope is those will make them more competitive in the American League Central. Miguel Cabrera might not be the player he once was, but he still has a lot of power and in the first game he hit one out of the ballpark. Cabrera drove in two RBI’s with his home run, and if he can have a big season, that can go a long way for them this season.

Zach Plesac will get the start for the Indians and although he didn’t have a decision, he still was good throwing 55.1 innings giving up only 14 earned runs.

On the mound for the Tigers will be Julio Teheran who has joined the team after playing wit the Angels last season. Teheran made ten appearances last year and he had an 0-4 record and finished with an ERA of 10,05.

Teheran looked terrible last season and the Indians bats are going to get him in this game. Look for the Indians to come away and to cover the run line. Back the Indians -1.5. 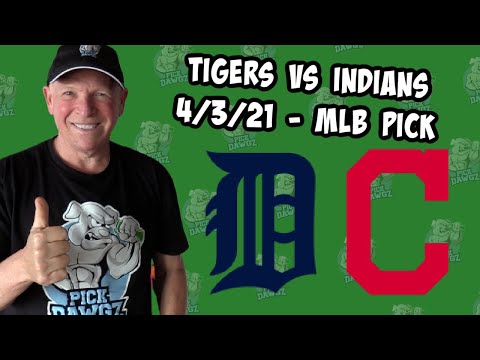