The Chicago White Sox face the Los Angeles Angels on Friday, April 2nd at Angels Park for game two of a four-game series.

The Los Angeles Angels defeated the Chicago White Sox by the final score of 4-3 on Opening Day at Angels Park. The White Sox led in the game for the majority of it, but a two-run inning to tie and take the lead in the 8th by LA proved to be the game-decider. The Angels scored runs off of Mike Trout and Albert Pujols RBI's to find their first win of the year. Aaron Bummer earned the loss for the White Sox in relief, while Mike Mayers earned the win and Raisel Iglesias found his first save of the year. The White Sox had seven hits in the loss and one error, while the Angels had six hits and no errors in the victory. The bottom five hitters in the White Sox lineup went a combined 2-18 at the dish, which is never going to be good enough.

The Chicago White Sox are projected to bring left-hander Dallas Keuchel to the mound to face the Angels. Keuchel had a great year for the White Sox in 2020, posting a 6-2 record with a 1.99 ERA in 11 starts. Keuchel had his best season since his Cy Young-winning year in 2015 with Houston, and he will look to provide for the Sox in 2021.

The Los Angeles Angels are projected to send southpaw Andrew Heaney to the bump to take on the White Sox in game two. Heaney finished the 2020 season with a 4-3 record and a 4.46 ERA through 12 starts. Heaney has not finished a season with an ERA under 4.00 since 2015, but he will be a major part of the Halos pitching rotation in 2021.

I am going to take the White Sox in a bounce-back spot over the Angels here. Keuchel is the stronger pitcher in my opinion and even though both he and Heaney struggled in spring training, I trust the former Cy Young winner and the Sox's bats a lot more here. 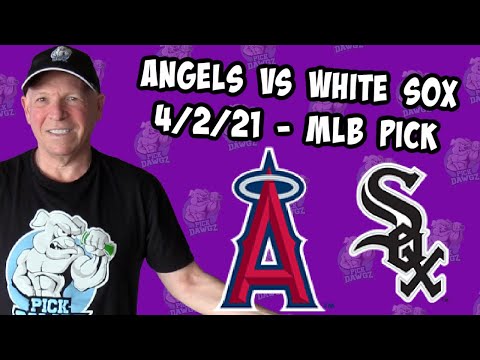