The Boston Red Sox and Baltimore Orioles face off on Friday in an MLB showdown for their first game of the season at Fenway Park.

These two teams were supposed to start their season on Thursday, but it was rained out, so now they have this makeup game on Friday.

The Boston Red Sox 2020 season was filled with many disappointments and the hope is they can be more competitive. Not much can always be taken away from Spring Training, but the Red Sox looked good. The best player during Spring Training was Jarren Duran who had 16 hits and led the team with a batting average of .340. Starting pitchers Chris Sale, Ryan Brasier, and Eduardo Rodriguez all are dealing with injuries right now.

On the other side of this matchup is the Baltimore Orioles who are still young, but the hope is they can also be more competitive during the 2021 season. Last season the Orioles finished with a 25-35 record overall which put them in last place in the American League East. During Spring Training, the Orioles struggled to score runs and that led to them winning only 10 of 27 games. One problem for this Orioles team is that Chris Davis is out and although he had a down year last year, they will miss his production.

Getting the opening day start for the Orioles will be John Means who finished last season with a 2-4 record overall and an ERA of 4.53.

Getting the start for the Red Sox will be Nathan Eovaldi who had a bounce back during the 2019 season. Eovaldi finished last year with a 4-2 record overall and an ERA of 3.72.

These are two pitchers who I don’t really trust and to end the season last year, both teams found a whole lot of success scoring late last season. Back the over to cash. 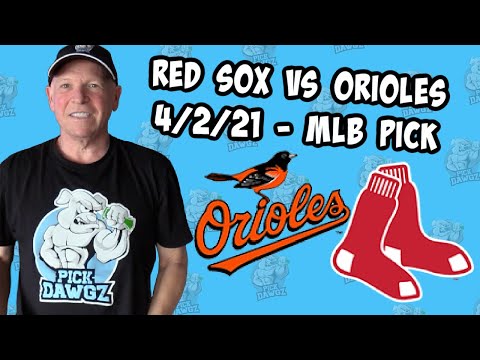