The Arizona Diamondbacks and San Diego Padres face off on Friday in an MLB showdown at Petco Park.

These two teams faced off on Thursday and it was the Padres that was able to come away with the 8-7 victory. It was a back and forth game but the six runs by the Diamondbacks in the 5th inning wasn’t enough as they were defeated.

Fernando Tatis Jr and Manny Machado get all the attention for the Padres but they only combined for one hit on Thursday. Eric Hosmer was the star of the show for the Padres hitting a double and a home run while driving in three RBI’s. Catcher Victor Caratini also had two hits and he drove in three runs. The pitching was a bit of concern, but like should be the case for most of the season, the offense was impressive.

The Arizona Diamondbacks had one big inning putting up six runs, but outside of that they didn’t have a whole lot of offensive production. Asdrubal Cabrera was the best player for the Diamondbacks having two hits and three RBI’s. Starting pitcher Madison Bumgarner had some issues going only four innings giving up seven hits and six earned runs.

On the mound for the D-Backs will be Merrill Kelly who only had five starts last season but he had a 3-2 record and an ERA of 2.59.

On the mound for the Padres will be Blake Snell who started 11 games last season sitting with a 4-2 record overall and an ERA of 3.24.

There was plenty of scoring in the first game, but I expect both teams are going to struggle to score in this game. Look for Kelly and Snell to lock down and that will lead to this game staying well under the total. Back the under. 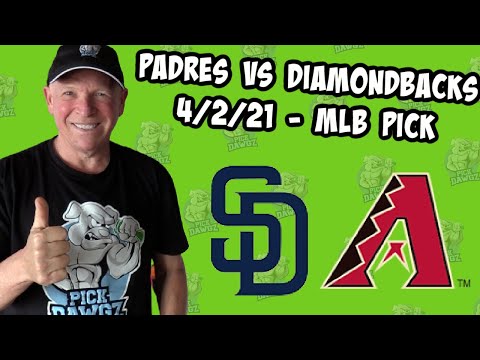