The Texas Rangers will head on the road to face the Kansas City Royals this Thursday in an opening day matchup. Both teams will be looking to start off strong after finishing near the bottom of their respective divisions in 2020.

The Texas Rangers will head into this season with a lot of young faces. Gone is veteran shortstop Elvis Andrus, a casualty of their current rebuild. The Rangers finished 2020 22-38, good for last in the AL West. As a team the Rangers had a .217 batting average, and scored 224 runs. Both were ranked 29th in the league. Texas's 5.02 team ERA was ranked 24th. This year they had a decent spring training, going 14-12 in Cactus League play. David Dahl led the team with a .400 batting average. Joey Gallo was their best hitter overall, with a .318 average, 6 HR, and 15 RBI.

The Kansas City Royals come into the season with a new coaching staff after a disappointing 2020 campaign. They finished 26-34, just two games ahead of the last place Tigers. As a team the Royals had a .244 batting average, .409 slugging percentage, and 248 runs scored, all of which ranked in the bottom half of the majors. Their pitching staff was solid overall, as their 4.3 team ERA ranked 12th in the league. Kansas City was the best team in the Cactus League, finishing first with a 16-8 record during spring training. Whit Merrifield led the team with a .372 batting average. Salvador Perez also had a solid spring, hitting .350 with 3 HR and 8 RBI.

The Royals were the one of the hottest teams during spring training, and will look to extend that momentum into the regular season. Last season Texas was terrible on the road, going 6-24 away from home. Both teams have been swinging the bat well in spring, but Kansas City has the edge on the mound. Brad Keller had a shaky spring but only gave up 1 ER in his last three home starts of 2020. Give me the Royals to win. 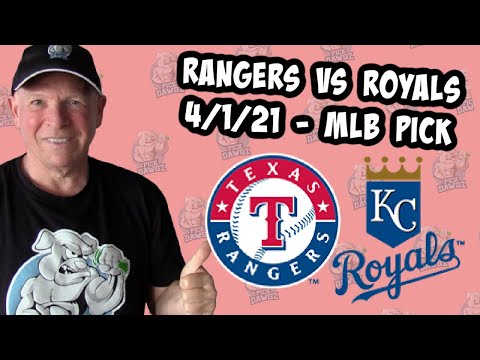