The St. Louis Cardinals will head on the road to face the Cincinnati Reds on opening day Thursday. Both teams made the playoffs last season coming out of a competitive NL Central.

St. Louis will look to build on a 30-28 2020 campaign after adding Nolan Arenado in the offseason. Their offense ranked in the bottom third of the league and desperately needed a bat like his in the lineup. However the injury bug plagued them in spring, with multiple starters set to miss opening day. They finished spring losing their last three games and were 8-10 overall. Tommy Edman led the team with a .328 batting average and 17 hits during Grapefruit League play. Tyler O'Neill was also solid, hitting .356 with 2 HR and 10 RBI.

The Reds are hoping to have a better year offensively, after having an abysmal 2020 at the plate. They finished the season 31-29 despite finishing dead last with a .212 team batting average. They did little to improve their lineup, and it showed in spring training. They finished dead last in Cactus League play going 7-19 with a -46 run differential. Of their expected starters Nick Castellanos had the best spring. He hit .333 with 3 HR and 8 RBI.

Cincinnati will turn to their ace Luis Castillo to get things started on the mound. He finished 2020 4-6 despite a solid 3.21 ERA and 1.23 WHIP to go along with 89 strikeouts. Castillo had a good spring, going 1-1 while allowing just 2 runs in 9.1 innings pitched.

The Reds had a bad spring record wise, but they were able to average over 5 runs a game. Castillo has been their best starter, and looked solid in three outings this spring. On the flip side the Cardinals are without Harrison Bader and Kwang-Hyun Kim, and Arenado has not hit well so far this spring. They will be sending Flaherty to the mound, who did not pitch well in spring and had an inconsistent 2020 season. The Reds should be able to get a few runs across early for their ace, which should be enough to get it done against a short-handed Cardinals lineup. Give me the Reds to win. 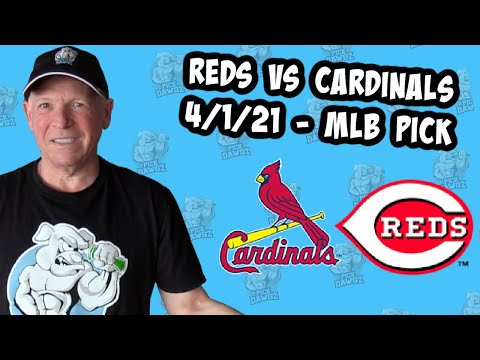