Where to Watch: FOX Sports Detroit Stream the MLB Game of the Day all season on ESPN+. Sign up now!

The Cleveland Indians finished the 2020 season with a 35-25 record in the 60-game schedule, which was good enough for a Wild Card spot in the American League. The Indians were swept out of the postseason by the New York Yankees in a best-two-of-three series. The Indians were led by their above-average pitching staff that included that American League Cy Young Award winner in Shane Bieber. The Indians' offense struggled in 2020, and the outlook is not the brightest for 2021 in the run department. The Indians, of course, lost SS Francisco Lindor in a trade with the New York Mets. Cleveland did bring in LF Eddie Rosario from the Twins, and he will more than likely be slotted in as the clean-up hitter for Cleveland. The back end of the Indians starting nine is a bit weak, but this is still a very strong pitching team, especially with Shane Bieber as the ace.

The Detroit Tigers ended the 2020 season in last place in the AL Central, earning a 23-35 record in the 58 games they played. Detroit improved mightily after their 47-114 year in 2019, but the team is still a few seasons away from being a real contender in the Central. The Tigers' starting rotation and projected starting lineup are filled with youngsters that will be getting much-needed experience in the big leagues. Guys like Casey Mize and Tarik Skubal will be at the tail end of the rotation, who are not bad options. The projected starting lineup is not the sharpest, but veterans like Miguel Cabrera and Jonathan Schoop should be nice pieces to have.

The Indians are projected to start their ace in Shane Bieber on Opening Day. Bieber, as mentioned before, was the AL Cy Young winner in 2020. Bieber had an 8-1 record with a 1.63 ERA in 2020 through 12 starts. Bieber will need to have yet another fantastic season if the Indians want to reach the postseason yet again.

The Tigers are projected to send the southpaw in Matthew Boyd to the bump for this game. Boyd had the worst year of his career in 2020, posting a 3-7 record with a monstrous 6.71 ERA in 12 starts. Boyd will look to bounce back and the Tigers will need him to do so if they want to be competitive.

I am going to take the Indians here, as even though I am not big on Cleveland at all this season, the Tigers are not the type of team I want to rely on in game one. Down the line in a spot like this, I may reconsider, but Bieber is just that much better than Boyd and the Indians' lineup is also a tad sharper. 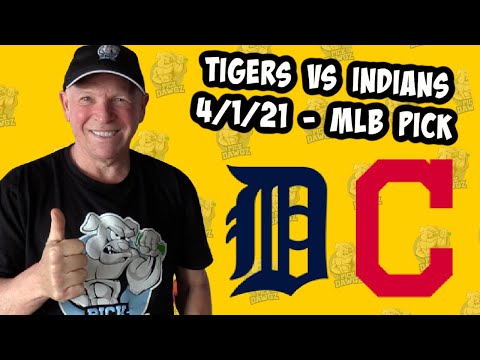