The Chicago White Sox will open their season on the road against the Los Angeles Angels this Thursday. The White Sox took one of the two games they played during spring training, with the other ending in a tie.

Los Angeles will look to bounce back after a rough 2020 campaign. They finished the season 26-34, missing the playoffs by 6 games. Their offense was still solid, as their 294 runs and .332 on base percentage were good for 9th in the league. They are hoping to get a full season from Shohei Ohtani, after battling injuries the last two years. Spring training went well, as they went 13-13 but got solid production from Ohtani throughout. He finished Cactus league play with a .548 batting average, 5 HR and 8 RBI. Justin Upton also had a great spring, batting .364 with 4 HR and 11 RBI.

The Chicago White Sox will look to build on a strong 2020 campaign. They finished the season 35-25, earning them a Wild Card birth. Eloy Jimenez will likely be gone for the season, but there is depth in the lineup to compensate. They finished 2020 with a .261 batting average (6th), 306 runs (5th), and a .453 slugging percentage (5th). In spring training they finished strong, going 12-12 overall but winning seven of nine to end Cactus League play. Tim Anderson led the team with 20 hits during spring training with a .333 batting average and 8 runs scored.

Chicago is considered the favorite to win the AL Central after keeping their team mostly intact in the offseason. Their offense is stout top to bottom and they can score in multiple ways. The Angels are hoping to stay healthy this season, and with the return of Ohtani this spring there is optimism in L.A. Both offenses can score but the pitching matchup goes to Chicago. Bundy had given up multiple runs in 6 of his last 7 games of 2020, and didn't do much better in spring training. Giolito on the other hand has been stellar, and should be able to limit the Angels before handing it over to their solid bullpen. Give me the White Sox to win. 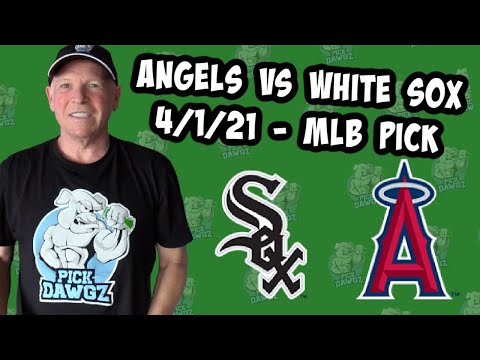