The Philadelphia Phillies will host the Atlanta Braves on Thursday in an Opening Day matchup that features two of the most promising young pitchers in the majors.

The Philadelphia Phillies will look to bounce back after a tough second half led to them missing the playoffs in the 2020 season. They finished 2020 28-32, good for third in the NL East and 1 game out of a Wild Card spot. The Phillies did not play well in spring training, finishing 12-15 in Grapefruit league play. Rodolfo Duran led the team with a .385 batting average and .429 OBP. Bryce Harper had a solid spring as well, hitting .343 with 4 HR and 8 RBI. As a team they had a .240 batting average, 124 runs, 30 HR and a .402 slugging percentage.

The Atlanta Braves will head into 2021 looking to defend their division crown after a stellar 2020 season. Their roster is mostly intact, so will be the favorites to win the NL East again. They finished 2020 with a 35-25 record. As a team they had a .244 batting average, 122 runs, 27 HR, and a .340 OBP. The Braves had an average spring training, finishing 15-13 in Grapefruit league play. Ehire Adrianza led the team with a .340 batting average and 16 hits. Ronald Acuna Jr. led the team with 5 HR, but had a paltry .152 batting average.

Max Fried has not lost since 2019, so it is hard to pick against the Braves in this one. However the Phillies have their own ace in Aaron Nola taking the mound. Last season when he pitched against the Braves in Philadelphia, he went 8 innings with 10 strikeouts and only 1 run allowed. The Phillies offense led by Bryce Harper hit well in spring, and they have the speed to manufacture runs as well. The Braves offense was their Achilles heel in the playoffs, and I expect them to struggle in this one after a subpar spring training. Give me the Phillies to win. 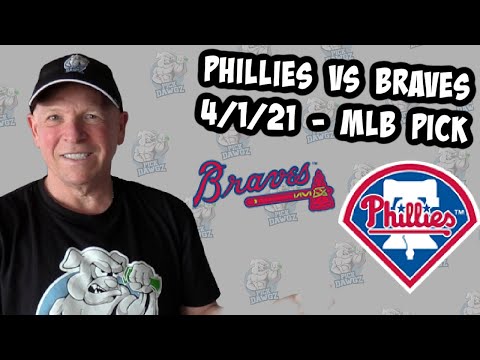