The Arizona Diamondbacks and San Diego Padres face off on Thursday in an MLB opening day showdown at Petco Park.

Both of these teams are hoping to be near the top of the NL West which makes everyone of these games important.

The San Diego Padres weren't shy with spending money this offseason and many believe they are now one of the best teams in all of baseball. The Padres swung all types of deals including bringing in Yu Darvish and Blake Snell this offseason. On offense the stars of the show are Manny Machado and Fernando Tatis Jr, One issue heading into this season is that the season is the Padres are dealing with a lot of injuries including Dinelson Lamet, Auston Nola, and Austin Adams. The Padres should be an exciting team, especially with the offense.

On the other side of this matchup is the ARizona Diamondbacks who many believe could have some issues this season. Last season the Diamondbacks finished the year with a 25-35 record overall. On offense the Diamondbacks are a very young team that are going to lean on a lot of those young players to step up. One of those players that will really be leaned upon will be Ketel Marte who finished last season with 52 hits and 19 runs.

On the mound for the Diamondbacks is Madison Bumgarner who really struggled last season finishing with a 1-4 record overall with a 6.48. At Petco Park, Bumgarner has a 5-9 record and an ERA of 4.39.

On the mound for the Padres is Yu Darvish who was one of the big offseason additions for the Padres this season. Last season with the Cubs, Darvish finished with a 8-3 record overall and an ERA of 2.01.

I expect both teams are going to struggle to score in this game and that will lead to this game staying well under the posted total. Back the under to cash with ease. 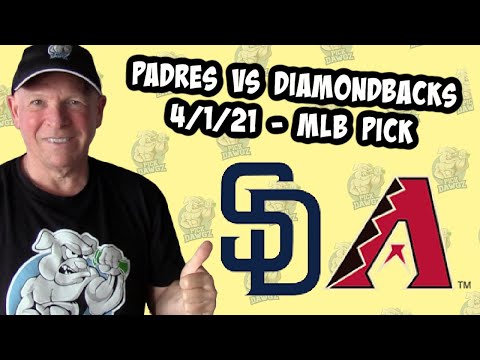