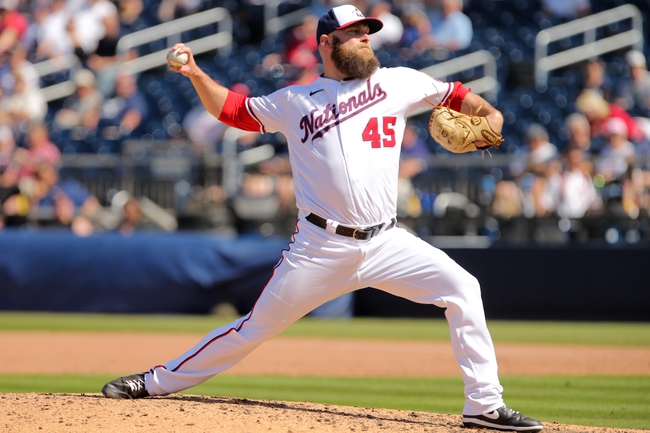 A Look at the Nationals for the 2020 MLB Season

Trea Turner came up just short of a .300 season a year ago, finishing with a .298 average, while hitting 19 home runs and totaling 57 rbis.  Juan Soto had a great year in his 2nd year in the league, recording 34 home runs and 110 rbis, while finishing with a .282 average. The lineup itself will look different, due to Anthony Rendon moving on and Ryan Zimmerman and Howie Kendrick not guaranteed an everyday role. Kendrick hit an absurd .344 with 17 home runs and 62 rbis.  Zimmerman was hurt most of the year, but did play in 52 games.

The Nationals brought in left handed power hitter, Eric Thames and middle infielder Starlin Castro.  Thames rejuvenated his career with Milwaukee the last 3 seasons. Thames smashed 72 home runs and knocked in 161 runs.  Castro hit .270, while registering 22 home runs and 86 rbis for the Marlins a year ago.

The pitching staff is where the Nationals excelled a year ago.  Max Scherzer is the ace, as he totaled a 11-7 record, with a 2.92 era in 2019.  The St. Louis native struck out 243 batters in just 172.1 innings of work. Stephen Strasburg had a career year in wins, finishing with an 18-6 record, while recording a 3.32 era.  Patrick Corbin contributed a 14-7 record and a 3.25 era last year. Washington will be hoping their closer Sean Doolittle will be able to get back to his 2018 performance. Doolittle saw his era balloon from 1.60 to 4.05 between the last two seasons.

The Nationals still have one of the better rotations in baseball, while having put together a solid mixture of young talent and veterans.  Washington will be competing with Atlanta again for the top spot in the NL East. Thames should find more success power wise this season, as Nationals Park as a short porch in right field.  I think the Nationals have more than enough talent to surpass this projected win total and have a good chance to finish around their win total from a year ago.