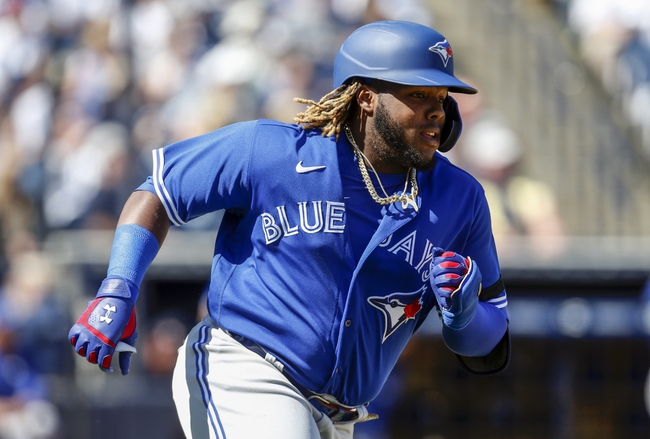 A Look at the Blue Jays for the 2020 MLB Season

The Toronto Blue Jays did not have the campaign the team was hoping for, as the Blue Jays finished 4th in the AL East.  Toronto finished the season 67-95 and won 6 of their last 10 to close out the season. Let us take a look on who the Blue Jays will be counting on this season at the plate and on the mound. Get MLB Predictions and MLB Picks for every Blue Jays game at Pick Dawgz.

The Blue Jays welcome back a surplus of young talent that find themselves as staples in the infield.  Toronto has the likes of Vladimir Guerrero Jr, Cavan Biggio, and Bo Bichette. Guerrero finished his rookie year, recording a .272 average, while registering 15 home runs and 69 RBIs.  Biggio smacked 16 home runs, while knocking in 48 RBIs and hitting .234 in 100 games during his rookie year. Shortstop Bichette only needed 46 games to make a name for himself. The Shortstop hit .311, while totaling 11 home runs and 21 RBIs.  Randal Grichuk had a nice 2019 season as well, blasting 31 home runs, while recording 80 RBIs and finishing with a .232 average.

The Blue Jays didn’t have great success last season, posting a 4.79 ERA.  Toronto should see better success this season from their rotation, as there are new faces on the staff.  The Blue Jays brought in Hyun-Jin Ryu, who spent his first 6 years with the Dodgers. Ryu finished the 2019 season with a 2.32 ERA, while going 14-5.  Tanner Roark will also be playing his first season in Toronto, as the right hander went 10-10 with a 4.35 ERA last year, while playing with Oakland and Cincinnati.  Chase Anderson is also projected to be in the rotation, as he went 8-4 with a 4.21 ERA with Milwaukee last season.

Matt Shoemaker and Trent Thorton are also expected to see time in the rotation, with Ken Giles being at the back end of the bullpen.  Giles blew just 1 save last season, converting 23 times, while posting a stellar 1.87 ERA.

The Blue Jays play in the always tough AL East, where at times the Blue Jays see some rough stretches.  Toronto has a surplus of young talent on the MLB roster and will only get better with experience. The Blue Jays went out and signed almost an entirely new rotation.  The Blue Jays pitching will be better, but the lineup will be a question mark, as these young players will be playing their first full season. I don’t think the Blue Jays will have a winning record, but I do think this roster is good enough to cover the projected win total.