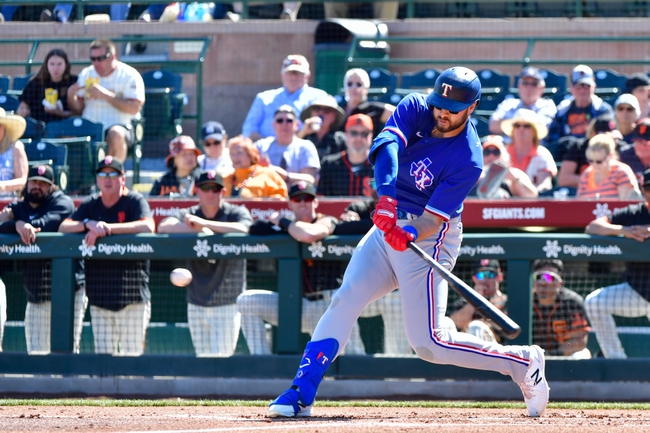 A Look at the Rangers for the 2020 MLB Season

The Texas Rangers enter the 2020 season, looking for improvement from their 2019 campaign.  The Rangers finished the 2019 season with a 78-84 record, which placed them in 3rd place in the AL West. Who will the Rangers be counting on for the 2020 season? Let us take a look. Get MLB Predictions and MLB Picks for every Rangers game at Pick Dawgz.

The Rangers made some moves this offseason and one of those moves was bringing in Todd Frazier.  Frazier played the 2019 season with the New York Mets, totaling 21 home runs and 67 rbis, while recording a .251 average. Left handed power hitter Joey Gallo is back, looking to play a full season.  Gallo blasted 22 home runs and registered 49 rbis, while hitting .253 in just 70 games. Shortstop Elvis Andrus enters his 12 year with Texas, after finishing the 2019 season with 12 home runs and 75 rbis, while hitting a solid .275. Designated hitter Shin-Soo Choo added 24 home runs, 61 rbis, while slashing .265/ .371/.455.

Danny Santana contributed 28 home runs and 81 rbis, while Rougned Odor blasted 30 home runs, but hit just .205 a year ago. The Rangers as a team hit .248, while registering 223 home runs.

The Rangers have an improved rotation from a year ago, which has the likes of Corey Kluber who spent his first 9 years with Cleveland.  Kluber only started 7 games a season ago, but is looking to get back to the dominance he displayed during the 2017 and 2018 seasons. Kluber was 38-11 during those 2 years.  Lance Lynn returns, after posting a 16-11 record with a 3.67 era. Mike Minor had a nice 2019 campaign, finishing with a 3.59 era and a 14-10 record.

The Rangers as a team struggled with an era of 5.06.  Texas allowed 240 home runs as a staff, while finishing the season with a WHIP of 1.46.

The Texas Rangers have an improved pitching rotation, with the addition of Kluber.  Even if Kluber isn’t able to get to his dominant level from the 17’ and 18’ seasons, he still makes this rotation better.  Lynn and Minor will also help pace this staff, after having a good 2019 campaign. The Rangers offense can produce a lot of pop, but will need to work on their contact percentage.  Texas has a lot of players that have a problem of producing too many strikeouts at the plate. Even with the amount of strikeouts that is possible with this team, I like the ability this team can show.  The rotation is better and the lineup has the ability to be good, I’ll take the over on the win total.