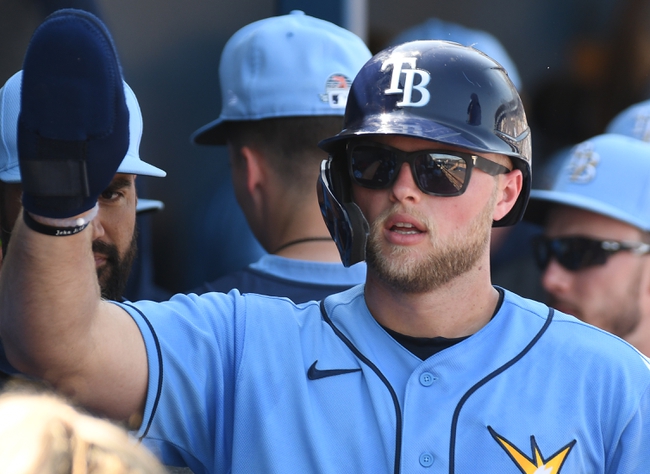 The Tampa Bay Rays are a fun team to watch for many reasons. They are young, exciting, and their players are developed in a low-market team setting. This makes them the "underdogs" almost every season, so when they are able to perform at great success, it is good for the game of baseball. Get MLB Predictions and MLB Picks for every Rays game at Pick Dawgz.

The 2019 Rays won the 2nd Wild Card with a 96-66 record, and they were able to make it to the ALDS. They were defeated by the Astros in 5 games, with the home team winning each game.

Offense: The Rays offense was a bit below average in terms of total offense in the MLB. Ranked 18th in total runs and 12th in average, the Rays offense played more of a "score when you have to" style. With their incredible pitching, the Rays did not need to score many runs on a daily basis to be successful during the regular season, but there struggles at the plate were magnified in their ALDS loss to the Astros.

The Rays released Jesus Aguilar and Matt Duffy, while they added Hunter Renfrow via trade. They also have the best prospect in baseball, Wander Franco, who should be getting the call up to the big leagues very soon. The Rays still have some work to do when it comes to beefing up their lineup, but they are not in too bad of shape. Guys like Austin Meadows and Brandon Lowe will have to pick up where they left off in the 2019 season, as both had great years at the plate.

Pitching: The Rays pride themselves on their pitching. Whether it be their solid rotation or their "Best-in-the-league" bullpen, the Rays are stacked on the mound. Tampa will return most of their talented bullpen in 2020, but they did lose a valuable piece in Ryne Stanek, as he signed a deal with the Marlins.

The Rays will once again be lead by their pitching in 2020. It is always tough to pitch in the American League, especially when you are in the same division as the Yankees and Red Sox. The Rays pitching should manage another stellar season.

Overall and Projections/Prediction: I, like so many others, believe that Wander Franco is more than the real deal; he is the future of baseball. The Rays are projected 91.5 wins but have 20/1 odds to win the World Series. I think there is too much value to pass up in both facets, so I will take the over 91.5 wins and will sprinkle a little on the Rays winning baseball's finest trophy.