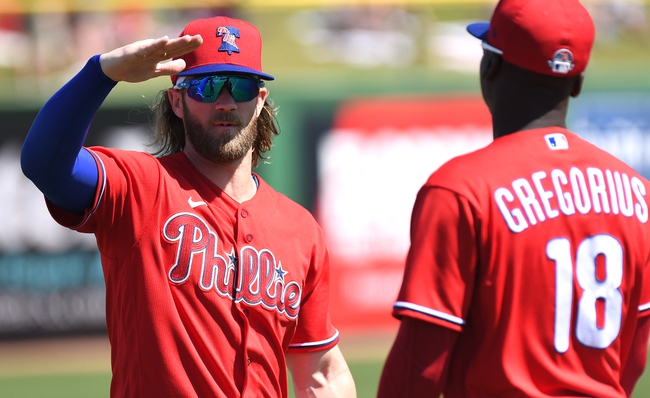 A Look at the Philies for the 2020 MLB Season

The Philadelphia Phillies made some big moves before the 2019 season but they underperformed finishing with an 81-81 record which put them in 4th place in the NL East. Get MLB Predictions and MLB Picks for every Phillies game at Pick Dawgz.

The Phillies have made big moves again this offseason and the hope is this can put them over the edge and get them back into the playoffs. One of the first big moves was bringing in  Joe Girardi as manager.

On paper, the Phillies offense looks like it’s going to be a problem, but that also looked to be the case last season.

The Phillies picked up Andrew McCutchen this offseason and even though he is rehabbing from an ACL injury, he should have an impact at some point this season.

Bryce Harper was the big offseason addition last season but he didn’t have the best season. During the 2019 season, he hit 35 home runs and 116 RBI’s but he only hit .260 and the expectations are even higher for this season.

The Phillies also brought in Didi Gregorious and that could be one of the best offseason additions that not many are talking about. Health is a question with this crew, but if everyone can stay healthy, the Phillies are going to be a problem.

The Phillies went out in free agency and spent a lot of money on Zack Wheeler, but he is still expected to be the number two starter.

Jake Arrieta is also still with the Phillies but they need him to have a bounce-back year after he posted a 4.64 ERA during the 2019 season.

Vince Velasquez and Zach Eflin are expected to round out the starting five.

The Phillies win projection is set at 85.5 wins and even though last season was a major disappointment that won’t be the case this season.

Zack Wheeler is a big addition and Gregorious is also going to be a key to the offense. having success. It’s going to be tough to win the NL East, but they are worth a look at that future. They will also have no issue going over a total of 85.5.